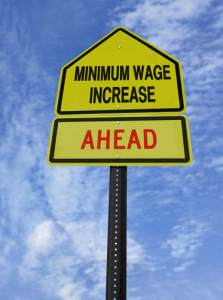 There are many negative effects of raising the minimum wage in the United States, in fact.

Does the minimum wage need to increase? Maybe it does. Does it need to more than double, jumping to $15 per hour across the country? Probably not – I think that it’s a bad idea. There are negative effects of raising the minimum wage too much and too fast.

According to a recent LendEDU poll, 52% of Millennials do not think an increase in the minimum wage is a good idea.

Here are a few things to consider why jumping from the current national minimum wage of $7.25 to $15 per hour isn’t a good idea.

Raising the minimum wage isn't always the best course of action for the American economy.Click To Tweet

One of the negative effects of raising the minimum wage is that fewer jobs are created.

A higher minimum wage will also increase the costs of items that the average American buys. Do you think that the price of your McDonald’s Big Mac will remain the same if the fast food chain has to pay double for its labor costs?

We will start to see the cost of a lot of items in the country rise. It will bring about an across the board rise of inflation as a result too.

Increasing the minimum wage has not proven to be effective at lowering the overall poverty rate in America. According to economists at the Federal Reserve Board and the University of California-Irvine, research shows that a higher minimum wage reduces employment for those with the least amount of skills and has little to no effect on poverty rates.

There is little to no relationship between higher minimum wage and reductions in overall poverty levels in America.

Parents across the nation look forward to their children taking responsibility and earning spending money at a summer job. It is a rite of passage in American for most families.

But, many teens will find it hard to find as many jobs as before if the minimum wage is raised. These minimum wage jobs are typically the starting points for many teens looking for summer jobs, which are often their first jobs.

Raising the minimum wage may keep your teen out of a summer job. Parents may find their teens staying at home this summer even more than their boomerang Millennials do now.

Using that argument, there is nothing wrong with minimum wage jobs. They’re necessary for workers to learn the fundamentals of having a job and what is expected of an employee.

Does the minimum wage need to increase from the current $7.25 level? The simple calculation above shows that it should be at least $7.91 this year.

But, does the minimum wage need to jump to $15 an hour across the country? No, not unless you are ready to accept the consequences of higher costs for goods and services.

The Congressional Budget Office (CBO), a non-partisan government agency that takes proposed legislation and calculates the economic impact, is looking into the effects of raising the minimum wage to $15 per hour. Its newest report dives into the “Raise the Wage Act” — which would increase the minimum wage nationwide to $15 per hour by 2025. It’ll likely pass in the Democrat-controlled House of Reps, but it’s unlikely to become law right now.

With a $15 per hour minimum wage, 17 million people would get their pay upped to $15. And, 10 million more would likely get raises because a rising tide lifts bigger boats, too. Plus, 1.3 million working-poor would escape poverty.

But, The CBO predicts 1.3 million Americans would lose their jobs, as managers don’t think they’re worth $15 per hour, or decide to use machines instead of costlier humans.

What do you think? Do the negative effects of raising minimum wage outweigh the benefits? Is $15 per hour the right number? What should it be?

Don’t get me wrong. Everyone should make a livable wage. But, the minimum wage isn’t set up to be a long-term career path. It’s a stepping stone.

This week, Amazon announced that it would be raising its minimum wage to $15/hour for all of its U.S. employees. The new minimum wage for Amazon affects all workers – full-time, part-time, seasonal, and temps.

Amazon’s new wage increase will apply to more than 250,000 current employees and 100,000 holiday workers. That’s almost equivalent to the population of Tampa, FL. 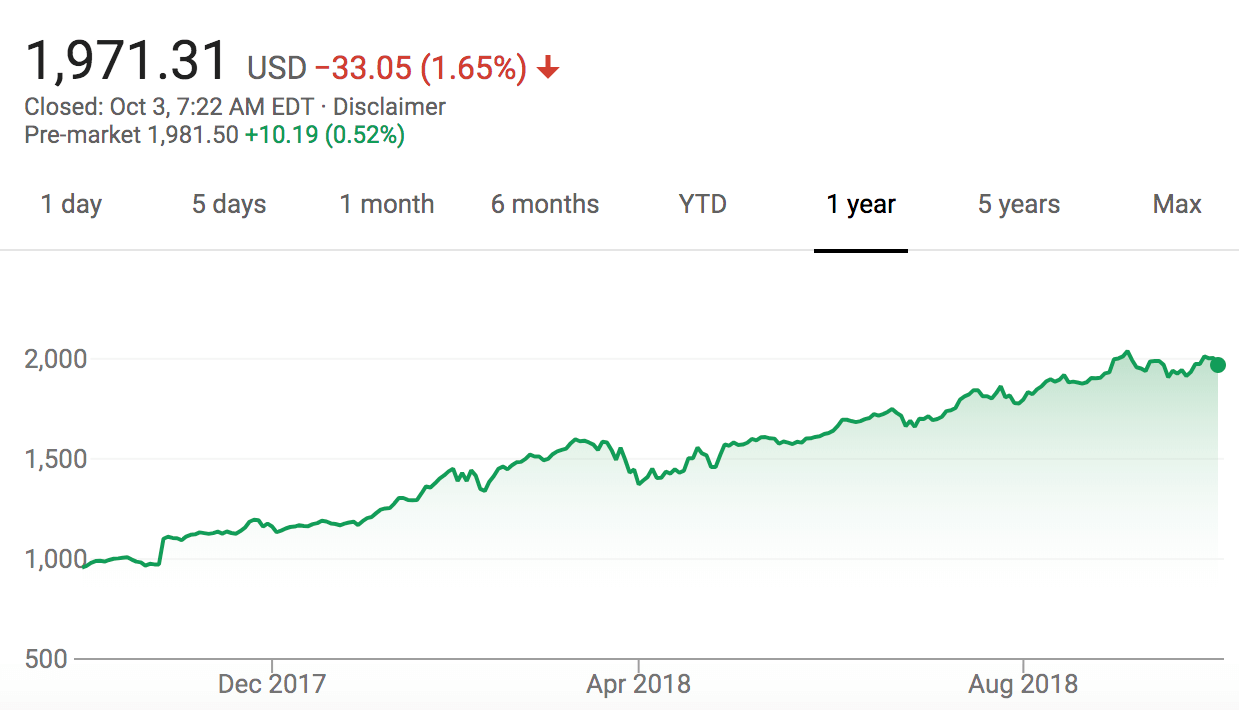 The Impact of Amazon’s Wage Increase

If the 350,000 employees were earning the current federal minimum wage of $7.50 (and not every one of those 350k were mind you) and their paychecks doubled, Amazon is on the hook for over $5 billion of additional annual salary costs. I’ll be interested to see in their next conference call how this pay hike impacted their bottom line.

Amazon reported a net income of $1.6 billion for the first quarter of 2018, which was an increase of 125% from the $724 million net income the year prior. In the second quarter, net income rose to $2.5 billion. But, can Amazon keep up that pace?

To give you a little more perspective, if the 350,000 employees earning a raise were actually working 40 hours a week for 50 weeks at the current federal minimum wage, the costs Amazon $5.075 billion for those 350,000 employees. More than doubling that minimum wage obviously makes the salary and wage costs to Amazon increase to $10.5 billion.

So, the real question is – Does Amazon eat that cost? Or, do they pass it along to us consumers? Will our Amazon Prime membership cost rise next year or in 2020 to combat the wage increases?

In May 2018, Amazon increased the cost of its annual Amazon Prime membership from $99 to $119. The price increase was the first rate hike

I guess only time will tell. My prediction is a $149 Amazon Prime membership fee sooner rather than later.

Full Disclosure: We earn a commission if you click this link and make a purchase, at no additional cost to you. Last Updated: 11/05/2018

Here are two reasons why Amazon decided to raise their minimum wage.

Keeping Up with the Jones and Optics

A lot of companies like Amazon are under attack by politicians and feeling the pressure to raise wages. It’s a public relations and optics issue. It looks bad that Amazon’s wages are so low. They needed to raise them to look better in the eyes of the American public.

Vermont Senator Bernie Sanders has attacked Amazon recently for paying low wages and allegedly not treating its warehouse workers in the best manner.

Worker Salaries Are Based on Supply and Demand

The cost of labor is economic theory at its finest. It’s all about supply and demand.

With the national unemployment rate hovering around 4%, it’s hard for many companies to find qualified employees to fill their ranks. Companies like Amazon are especially feeling the employee crunch during the holiday season when they need seasonal part-time employees to handle the increased volume.

Amazon and other retailers are fighting a battle to find employees. And, there is only a finite number available. One way to win the fight for more employees in a scarce market is to increase the wages and benefits a company provides to new hires.

Additionally, many of these companies like Amazon are lobbying Congress for an increase in the federal minimum wage.

So, what do you think? Will companies like Amazon pass along these salary increases to their customers? Will we see an increase in the cost of our annual Amazon Prime membership fee?

How much would you be willing to pay every year for Amazon Prime? What’s the upper limit? What will the price of Amazon Prime be in 2020? 2021? 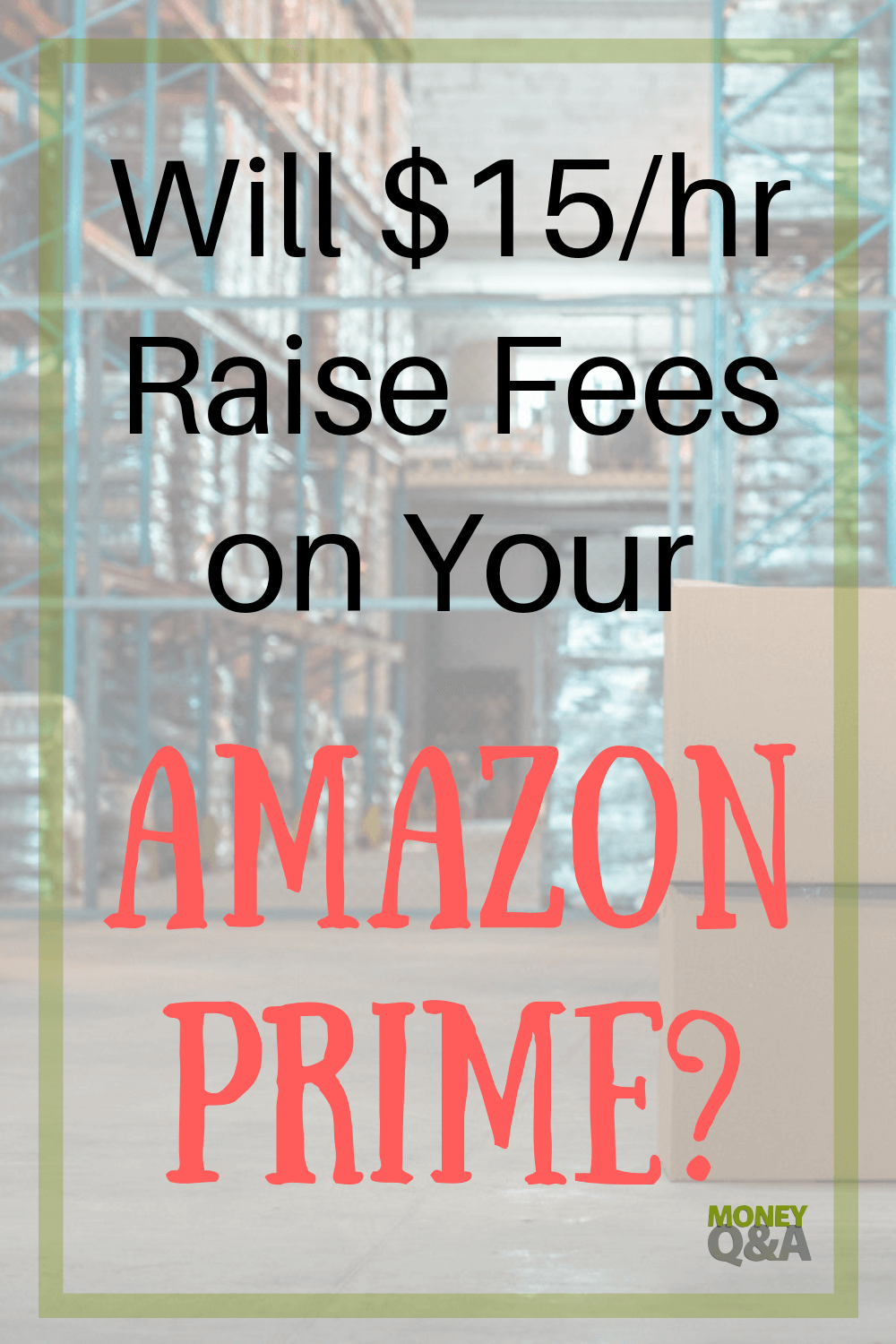