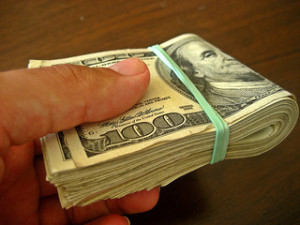 Achieving financial success is a great part of the American dream, but it’s not easy to do if you aren’t focused on the goal. Real financial security doesn’t come about by accident. These careful steps for financial success will help you build a solid financial future. Know Where You Stand The average American household has $15,263 in credit card debt, $147,591 in mortgage debt, and $31,646 in student loan debt as of August 2013, according to NerdWallet. If these numbers seem big, either you’re managing your money better than the average … END_OF_DOCUMENT_TOKEN_TO_BE_REPLACED

Are you losing in the financial game of life? If you answered yes, you’re not alone. In 2008, 1 in 10 workers were made redundant. As a result, thousands of people were forced to open new lines of credit just to pay for basic necessities, and are now struggling to repay those debts. Whether you’re in a position where you’re still able to pay your bills or have been exiled by the lending community altogether, the experts at Consolidated Credit can help. For your convenience, they've compiled a comprehensive infographic to help you identify which … END_OF_DOCUMENT_TOKEN_TO_BE_REPLACED 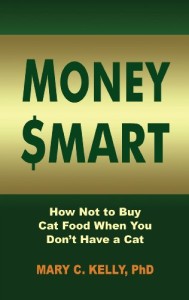 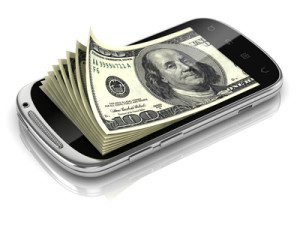 The rise and rise of the mobile phone is one of the biggest changes to everyday life we have seen in our lifetimes, and our obsession with mobile gadgets shows no signs of abating. However, mobile phone bills can be a burden on anyone trying to live on a tight budget. We've grown so dependent on them that they are seen as a necessity rather than a luxury, but high monthly bills can be a struggle for many. If you want to cut down the amount of money you're spending on your mobile phone, this quick guide could help. How To Save Money On Your … END_OF_DOCUMENT_TOKEN_TO_BE_REPLACED

I recently had the privilege of being on the Gerri Willis Show on Fox Business and discuss the value of peer to peer lending through services like Lending Club. Here is the TV segment which was filmed on September 3rd, 2013. Hank Coleman on the Gerri Willis Show If you are having trouble watching the video with your RSS Reader, you can watch the video on Money Q&A. Transcript Of Hank Coleman Talking About Investing In Peer To Peer Lending GERRI WILLIS: It's a trend shaking up the financial world - it's peer-to-peer lending. … END_OF_DOCUMENT_TOKEN_TO_BE_REPLACED

The following is a guest post by Kevin Cimring, CEO of Jemstep, an online investment advisor that helps people lock in more money for retirement. In this post, he talks about the costs of investing. If you would like to write an article for Money Q&A, please visit our Guest Posting Guidelines page. It’s not too surprising that investors have lost trust in financial institutions. After all, the shenanigans that nearly brought down the entire financial system in 2008 are fresh in our minds, and many portfolios are still … END_OF_DOCUMENT_TOKEN_TO_BE_REPLACED