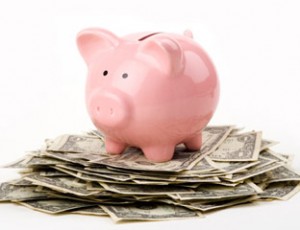 With the cinders of economic meltdown still smoldering, individuals around the UK are gradually regaining control of their expenditure and planning for a healthier financial future.

Around the globe, it’s a similar story, with the International Monetary Fund expecting growth of around 3.7 per cent this year, which is the highest rate since the crash.

Compared to other rich countries, the UK’s economy is growing faster, but real incomes have plummeted, prices are outstripping wages and unemployment remains up.

Admittedly, the last few years have done enough to stretch the nation’s incomes and savings to breaking point, and have served as a warning not to be caught short should it happen again.

If you’re lagging behind with your future plans, though, do not fear – it’s fairly simple to knock your ailing finances into shape.

Whether you want to safeguard against unemployment, pay off your debt, squirrel away cash for your children’s future or even pay for your funeral, it’s important to follow our five simple steps below …

Set Yourself a Budget

Quite simply, you can’t prepare for a glowing financial future without first setting yourself a budget – and making sure you stick to it. Begin by making a comprehensive list of your income and expenditure to determine where you’re overspending and ascertain areas where you can tighten your belt accordingly.

It may seem unusual to plan for the future by preparing for death, but the inevitably of your demise means making arrangements is unavoidable. Consequently, you should shop for funeral plans online to put your own mind at ease, protect your family from financial hardship and ensure your service is nailed down at today’s prices rather than increased future rates.

As the reality of the festive season’s overspending begins to bite consumers in February, credit card companies are undoubtedly smiling like The Grinch. Because of often exorbitant interest rates, it’s vital to clear off your plastic debt as quickly as possible – and this is where your budget is worth its weight in gold.

Far from being the reserve of those with OCD, organizing your important documents into files and folders will help you when the time comes to make future financial plans. Whether it’s bank statements, insurance policies or even your birth certificate, organization is one of the fundamental steps you should take to shore up your finances.

Beef Up Your Emergency Fund

Experts believe that, should you lose your job or be unable to work, you should have an emergency fund to cover six months of expenses (mortgage, car repayments, food). By putting cash into a rainy day fund on a regular basis, if the worst happens and you’re made redundant, you’re covered for a decent period until you find work again.