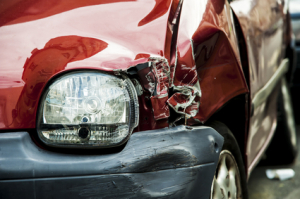 When you’re traveling through Georgia, be on the lookout for drivers. If you’re in a car accident here, you may be surprised to learn that car accidents are handled a little bit differently than in some states you might be used to driving through.

Georgia has unique at-fault rules. At-fault drivers are liable for any personal injury or any property damage that is the result of a auto crash or accident. The insurer will first try to pay the claim out of the policy before assigning liability to the individual personally. In Georgia, an injured person can either file a claim with his or her insurer, file with the other drivers’ insurer directly, or file a personal injury lawsuit in civil court.

The Minimum Requirements In Georgia

These limits might seem low, and they are. Most accidents, unless they are very minor, can easily exceed these minimum dollar amounts. Any amount not covered by insurance will be covered by the individual, personally.

For example, if you hit a government vehicle, or a government vehicle hits you, you will be operating under a different set of rules than what is laid out for civilian accidents. Also, the time limit for lawsuits only applies to filing the suit. It does not apply to the entire legal process, which may extend beyond the two and four-year limits, and these legal time limits have no bearing on filing an insurance claim.

Unlike some states, Georgia differs significantly in how it views accidents where there is more than one party at fault or deemed “at fault.” In this state, you can recover losses from any party that is more at-fault than you, but any recovery amount you receive is reduced by the amount or percentage of your own liability.

Because the insurance adjuster is the one determining how this all might play out in court, each case is different and there are no hard-and-fast rules for how much you can expect in any given accident.

Two adjusters could look at the same accident and come to different conclusions, in fact. The adjuster is trying to determine what a judge would rule in a court of law because, if you disagree with the adjuster, you might end up in court, and the insurer doesn’t want to have to fight in court if it doesn’t have to.

In situations where you’re determined to be more than 50 percent at-fault, you cannot recover anything. So, let’s say you’re in a car accident, and you were speeding, even just slightly, and someone hit you by running a stop sign. Clearly, the individual running the stop sign is at fault, but you were speeding. The insurer will likely deem you to be partially at fault. If you have $10,000 in medical or liability coverage, you will only be able to recover the full amount of the assessment by the adjuster, less your percentage fault for the accident.

Now, if you were the one running the red light or the stop sign, and you’re found to be 90 percent at-fault, then you would not be able to recover anything.

John M. Foy is the founding partner of the law firm Foy & Associates, P.C. He was admitted to the practice of law in 1993 for the State of Georgia. He was also admitted to the U.S. District Court Northern District of Georgia in that same year. He is a native of Milwaukee, Wisconsin and a graduate of Marquette University High School. He received a B.A. in political science from the University of Dayton, in Dayton, Ohio, and his law degree from the Ohio Northern University School of Law, in Ada, Ohio.