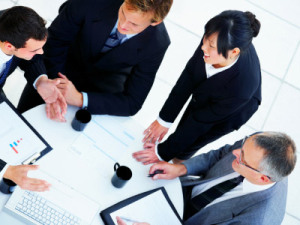 According to a recent report from the U.S. Travel Association, 40 percent of American workers don’t use all their vacation days. The fact that so many Americans feel uncomfortable taking the time off that they’ve earned is disturbing — but it doesn’t have to be this way.

I remember that when I was growing up, my mother, a high school math teacher in the South, got 15 paid days of vacation every school year. She always said, “I earned them. I’m going to take them.” That philosophy stayed with me when I grew up and started my own career.

Unlike most of my colleagues who roll over vacation days from year to year until they’re told they must use them –- my employer only lets you bank 60 — I closely monitor my time, take a few vacations throughout the year, and start fresh each January with a zero balance. That makes me an anomaly.

Many employees fear that if they take time off, their jobs won’t be there when they return. Some believe they’re more likely to be picked for layoffs if they’re not around all the time. Others think that they’re indispensable — the whole place will grind to a halt without them, so they can’t take a break. Our workaholic culture and fear for their careers holds others back: In many workplaces, there’s a stigma against those who take prolonged time away from the office.

Regardless of unofficial policies, office politics or stigmatization, you are entitled to the amount of annual vacation that your employer promised you in your contract, and they can’t officially penalize you for taking it. It’s yours in the same way that your paycheck is. You’ve earned your vacation days, and you can and should take all of them, without fear. Here’s how.

If you were to believe everything that you read, you could be forgiven for thinking that the UK is in the midst of a significant economic recovery. While Britain may well be benefitting from improving business sentiment and job market, rising consumer confidence and a diminishing rate of unemployment. However, there are negative undertones that continue to restrict the potential for long-term growth. So even as international trade and foreign exchange activity continues to boom, not everything is rosy in the British economic garden. The same principle applies to the national unemployment rate, which fell to a respectable 7.2% during March. Alongside a rise in the national earnings average, this has triggered widespread optimism among job-seekers and those who are … Read more 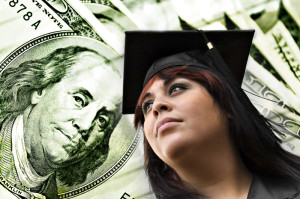 The following article is a guest post. If you would like to write an article for Money Q&A, please visit our Guest Posting Guidelines page.

The following traditional professions are so integral to our society we can hardly imagine them ceasing to exist. Each serves an integral role, and demands a great deal from those that pursue them. In other regards, they are high dissimilar. They all have widely varying salaries, work environments and amounts of respect and prestige associated with them.

Salaries Of The Five Most Traditional Professions

The profession of doctor has always been one that carries a certain level of respect. The profession is one that is difficult and expensive to obtain but usually comes with one of the highest payoffs of any of the five traditional professions discussed.

A doctor’s salary can vary widely depending on his place of employment and his specialty within medicine. The median annual salary for those considered “physicians and surgeons” in 2010 was $166,400 a year, or approximately $80 per hour.

The lawyer profession is one built heavily around prestige. The type of law an attorney specializes in can have a great effect on their potential income due to the types of clients and cases it attracts. Generally, those in corporate or personal injury law earn the most, but the salary is healthy regardless of law type. The legal system is constructed in such a way that an attorney is required for most legal matters, regardless of their scope.

The median pay for lawyers in 2010 was $112,760, or about $55 per hour. A lawyer may be hired by a large firm, or they may pursue private practice. Experience as a lawyer also opens up other legal professions, such as judge, that may come with higher salaries.