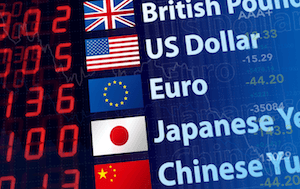 Deciding to trade the Forex market often brings people to the subject of – how do you trade it? Do you just blindly rush into a position if you see a currency pair’s price spike?

Perhaps diversify your portfolio and open positions in different major and exotic currency pairs to manage risk? Having a clearly outlined strategy is the minimal requirement for trading any financial market, let alone a market as volatile as Forex.

While strategies implemented by hedge funds, professional retail investors, and majority of the average Joe traders stretch out by the hundreds, trading strategies are divided into two major categories – Technical and Fundamental. Although over the years, price action trading, which some would say combines both technical and fundamental indicators, have also become a well-accepted approach within the community.

Technical analysis brings a trader into the numbers side of the coin. The concept is that a trader can predict future price movement based on historical data, such as moving averages, daily highs and lows, and Fibonacci levels. In fact, majority of technical indicators you’ll find preconfigured in your broker’s trading platform, such as AlfaTrade, and those being sold by third-party websites use this data to calculate future price movement.

Fundamental analysis, on the other hand, looks at economic input and output. It looks at global supply and demand, the lack or excess of which can cause currency prices to drop or rise sharply. Fundamental analysis takes into consideration the macroeconomic and microeconomic forces that drive both producer and consumer in the hopes of positioning themselves at the right side of the trend.

While both approaches have their individual strengths and weaknesses, fundamental analysis tends to be the more accepted approach since it has been used for decades. It is also considered by many to be a more stabler workhorse for long-term profitability compared to technical analysis, which was birthed only some time after the start of the tech era. Nonetheless, if you wish to become a well-rounded Forex trader, you will have to understand the capacities of both approach.

A fundamental approach in the stock market involves analyzing an entity’s input in an attempt to determine if it is investable or not. But when it comes to Forex, instead of looking at a company through the microscope, you have to analyze entire economies, which at any given time can have a number of macro- and microeconomic drivers steering its wheel. In each economy, you will find thousands of small businesses and large corporations and millions of consumers existing and interacting with one another to stimulate the country’s economy.

A good example of how fundamentals affect Forex is the price of milk. New Zealand is one of the largest exporters of milk, which has made their economy highly reliant on healthy prices of the commodity. If dairy reports turned out to be negative this month, meaning that supply is greater than demand, the New Zealand Dollar, also known as Kiwi, can diminish in value as investors flock to other currencies where markets are healthier.

Getting Started in Fundamental Analysis

An actual example is the Japanese Yen carry trade, which began in 1999 when the country reduced its interest rates to a near 0. Investors would borrow huge sums of the currency and then reinvest it in US bonds that yielded anywhere between 4 to 5 percent at the time. Since the cost of borrowing Yen is essentially zero, you profit 4 to 5 percent from your held bonds while taking on minimal risk.

Studying the macroeconomic environment is the first step to trading Forex in a fundamental fashion. A global macro approach involves establishing a macroeconomic view from a global viewpoint. Traders must establish a backdrop at the most general level and work their way down, distilling data until the lowest level of currency pair dynamics is attained.

Complement your research with knowledge of the different cycles present in macroeconomics on a global scale. Basically, you will find that any financial market will be trending, ranging, and then reversing its course. As a fundamental trader, you must attune yourself with these different cycles and the market characteristics that signal these changes.

Mastery of fundamental analysis in the Forex market will help you time entries and exits. However, it will not be the sole ingredient that determines a successful trading career. You will also need to establish a disciplined and stable approach that ensures capital safety and smart risk-to-reward ratios.