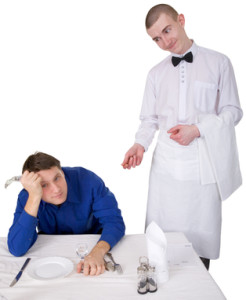 My friend Greg and I were eating at a restaurant the other day when he started complaining about the amount I tipped our server. He thought that it was excessive tipping and accused me of ruining service for the rest of us who would later come into contact with that server. He said it reinforced bad service.

I’ll say right up front that I’ve never worked in the foodservice industry. I don’t know anything about it other than being a customer. When I met my wife, I gave a standard 15% tip for average to great service, but I was also ruthless when there was bad service. The server got 10% if they were lucky.

It is absolutely true when they say that opposites attract. That is my wife and me to a “T” in most respects. She’s the Ying to my Yang. She is a very kind and generous woman. And, like most husbands’ wives, she brings out the best in me. My wife has always been a big believer in a 20% standard tip.

After four years of dating and now over 11 years of marriage, she has changed me for the better with my poor tipping habits with her tipping tips. About three or four years ago, I started giving a standard 20% tip for even average service.

Last week, I took some significant heat from my friend Greg for the practice. He said that 20% was excessive tipping for appropriate, average service and that I was over tipping. These tipping tips can help you find the right balance in tipping.

Tipping Tips – Are We Reinforcing Bad Behavior With Excessive Tipping?

My buddy Greg thinks that my excessive tipping contributes to the poor service that he gets at restaurants. Let me explain with some tipping tips and examples that reinforce his points.

Let’s say, for example, that I have poor service one day at a restaurant, but I still give the waiter a 20% tip on my meal. In his or her mind, he must have done a great job. But the truth of the matter was that it was just okay service and maybe even borderline below average.

Now, my buddy Greg goes to the same restaurant the next day and will most likely get the same service because I’ve been positively reinforcing the bad behavior with the waiter with excellent tips. It’s a case like Pavlov’s dogs, and I’ve conditioned the waiter to give unacceptable service because of my tipping habits.

Where Do You Go After Excessive Tipping For Great Service?

If I’ve skewed the scale and now a 20% tip is my “go to” standard for both good and great service, where do you go from here? Is this tip inflation? How much should I now give for excellent service?

How can I now show a server who went above and beyond the call of duty in waiting on me and my two very messy boys that I appreciate his effort? Should I now give a 25% or 30% tip? Where’s the limit from here?

I told Greg when we were having a friendly debate on the subject last week that I would simply pull the manager aside and tell him what a great job our server did. Here’s where Greg pointed out that I have obviously never worked in food service or any service industry for that matter. A compliment and accolades to the manager will most likely not translate into a higher paycheck at the end of the night. And, we all know that cash is king. In the end, we all love warm and fuzzy feelings, but that doesn’t pay the bills.

How Much Should You Tip Your Server?

Now before you all rush to remind me that the minimum wage for servers, bartenders, and the like is far lower than a standard retail worker, I understand that. I guess that is part of the rationale behind my wife and I give a 20% standard tip.

But, wasn’t that taken into account when 15% became the standard? Did you know that the minimum wage law also states that servers in restaurants have to be paid the standard minimum wage by their employers like other workers if their tips do not bring them up to that level?

Is 20% simply easier to calculate? You simply move the decimal over one place to the left and double it for 20%. My mother is a retired high school math teacher, and she taught me to calculate 15% the same way, move the decimal and then divide by two. It’s definitely a little trickier but still doable.

Or, many of the kind restaurants and bars are adding it to the bottom of your bill as a quick reference like the picture to the right. It is funny how they never add a line for a 10% tip for poor service though!

Do you have any tipping tips? How Much Do You Tip Your Server?

So, how much do you give for the standard tip for decent, average service at a restaurant? 10%, 15%, 20%, or more? Am I crazy? Am I ruining service at restaurants for the rest of us? Is 20% the new 15%? I honestly can’t wait to hear your thoughts on this in the comment section below. 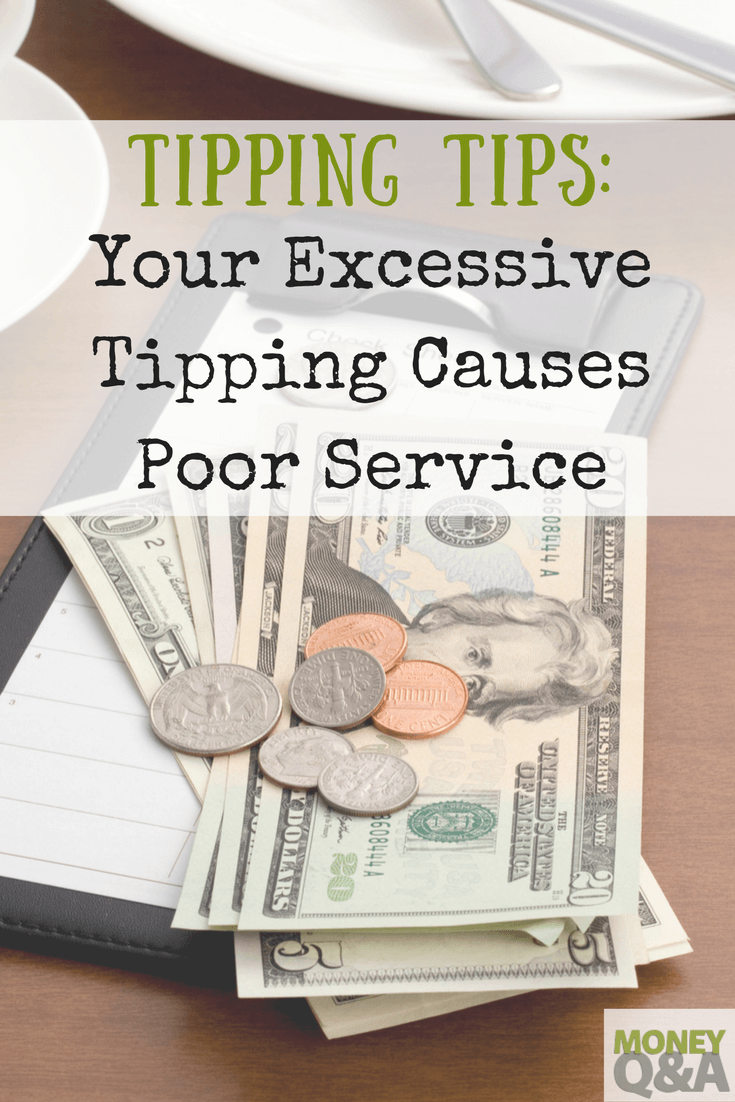