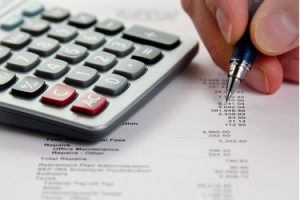 Financial spread betting is exciting, it’s potentially profitable and whilst it may take a lifetime to master, and it takes only a few minutes to learn how to play. Those are the headline plus points. Inevitably, there is more to this relatively recent innovation than this description alone, and it is worth knowing precisely what is involved before deciding whether or not FSB is appropriate for you.

FSB was pioneered in the 1970s when it was originally set up as a vehicle enabling a small number of London brokers to bet on the price movements of gold. The advent of the internet and the digitalization of the world’s markets means that anyone with an internet connection is now able to enjoy that same derivative-based mode of investment on stocks and markets that extend well beyond the price of gold alone.

Today, numerous specialist firms provide apps and highly sophisticated desktop trading screens that enable players to access thousands of different markets around the world. For example, London based providers Tradefair offer their clients three different suites of software depending on whether they want the sort of casual (or follow up) mobile access that a smartphone allows or more comprehensive desktop packages that provide fully up to date market and stock news-feeds, histories and graphs.

The derivative based nature of FSB takes as its model the Contracts for Difference that have been used in formal stock markets since the 19th century. There are subtle distinctions between the two, but the essential characteristic of both is that they represent an investor’s judgement as to whether a stock will either rise or fall. This binary logic is the fundamental engine of FSB. In effect a player makes a judgement as to whether he thinks a particular stock is about to either rise or fall. He then places a bet with a provider such as Tradefair on this basis. Like all responsible providers Tradefair spread betting entails highly detailed education and training information.

Rather than actually buying stock such a bet involves no trading fees and no commissions. It is therefore possible to ‘invest’ in small amounts that would simply not be viable for trading actual stocks. Like any spread bet, profits and losses are pegged against the player’s declared stake and he wins (or loses) a multiple of that stake that the market moves. If his judgement is correct there is scope to generate rapid profit. There is, correspondingly, considerably more than the initially declared stake at risk, so any potential reward carries an equal level of risk. FSB is not for the faint-hearted.

For example if the market moves by ten points in the player’s predicted direction a $10 stake will generate a $100 return. Necessarily, if the market moves in the opposite direction to that predicted and if the bet is not cashed out quickly, losses will be equally as dramatic. Responsible providers including Tradefair will close out users’ positions if it appears that they are running up unsustainable or unattended losses.

Typical trades are executed in just a matter of minutes. Rather than big one off trades, the majority of sensible players accumulate profits from serial small bets that are managed with pre-set stops that allow them to automatically cash out whenever an acceptable profit is achieved or when the movement appears to be heading towards a more serious loss.

FSB remains a niche activity, relying as it does primarily on a certain level of financial and market awareness. However, amongst those who use it regularly FSB enjoys a high level of popularity. It is also even used by full-time traders as a means to avoid the tax hit that a profit arising from the sale of stock would accrue. Because no stock is ever actually owned there is no tax liability whatsoever.

There is no doubt that FSB has plenty to commend it. However, like any such speculative activity, it does require that players make themselves fully aware of the risks as well as the trading mechanisms involved.