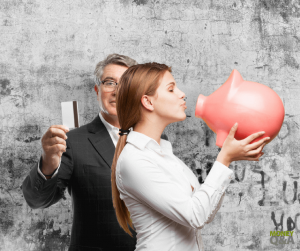 The Credit Union National Association reports that over 105 million Americans are members of a credit union. This makes up nearly a third of the population. But, a majority of Americans still use traditional banks to manage their money, and younger generations are reportedly less likely to use credit unions simply because they don’t understand and often ask – how does a credit unions work.

How Does a Credit Union Work?

There are many benefits of switching from a bank to a credit union, but it can also be a hassle to make the move, which also requires you to reroute all your bill payments, direct deposits, and other forms of incoming and outgoing payments. If you’ve considered leaving your banking institution for a credit union, but you’re not sure if the benefits outweigh the hassle, keep reading to decide whether or not credit unions live up to the hype.

There are a lot of misperceptions about credit unions that prevent people from exploring this option for their financial management, including the idea that credit union funds are not backed by the government. This is completely unfounded, as the National Credit Union Administration insurance exists as the federal government’s protective shield for credit union consumers, similarly to how FDIC insurance works.

If you want to find the best mortgage rate, personal loan rate, or interest rate on a savings account, switching to a credit union could save you thousands of dollars in interest than if you stay with your traditional banking institution and take out a loan through them.

Not only do credit unions have most of the bells and whistles of online banking such as mobile apps, web-based account management, digital check deposits, etc. But, they typically offer networks of ATMs as well. In the past, banks consistently beat credit unions in terms of access to online banking and ATMs. They were larger and better-funded, after all, but credit unions seem to be catching up and even surpassing banks nowadays.

Credit unions recognize that they’re small institutions, but they’re still dedicated to making their members’ lives easier, which has led several credit unions to partner together and offer a massive network of fee-free ATM access. If your credit union participates in this program, you can find a surcharge-free ATM at almost 30,000 different ATMs and over 5,000 union branches across the country thanks to CO-OP. 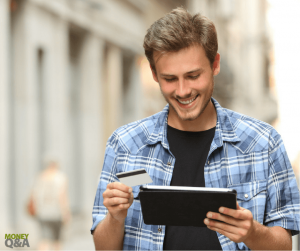 According to a recent Gallup poll, 52% of credit union customers feel engaged (happy to be a part of the institution), while just 17% of national bank customers feel engaged. If you feel more like another dollar sign to an institution, rather than an appreciated member, then joining a credit union could offer unique benefits that make you feel more welcomed.

Customer engagement could include anything from helpful financial newsletters emailed on a monthly basis to events like member appreciation days or sign-up bonuses for when you refer a friend or family member to join. Since credit unions are typically non-profit, collaborative organizations, they have a very different approach to financial services than profit-driven banks do.

It would seem that credit unions do live up to the hype surrounding them, especially when it comes to customer engagement and favorable interest rates. Whether you need a personal loan, want to earn higher interest on your savings accounts, or you simply want a better overall experience with lower fees, several studies have shown that credit unions beat out banks in many of these categories.

Is it worth the hassle of moving all your money and rerouting your loan, utility, and credit card payments to the new accounts? That’s up to you to decide, but don’t miss out on the benefits of credit unions based on misperceptions we tackled above.

What do you think? Do Americans understand how does a credit union work? Do you still bank in a traditional bank or a credit union? Why or why not? I’d love to hear your thoughts.