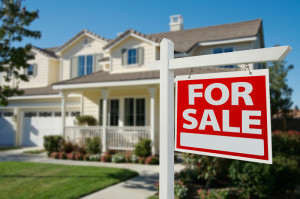 My wife and I finally received an offer on our home. We had been selling my house, after failing as landlords, for about six months now. Looking back over the time we’ve owned the home, there have been quite a few lessons we’ve learned along the way.

Becoming a landlord had been my idea. My wife didn’t want to rent out our home after we had to move to a new state thanks to my job. I had dreams of having a real estate portfolio that threw off thousands of dollars in passive income in retirement. It was part of my grand scheme, buckets of passive income in retirement. I had dreams of becoming the next Donald Trump.

Becoming a landlord isn’t for everyone. It takes guts, especially in this economy, although the housing market is starting come back in many regions across the United States. I thought that I could stomach swings in the stock market and in real estate prices because of my long time horizon until retirement. I’m only in my mid-thirties. I have another 30 years of working, saving and investing before the gold watch of retirement calls my name. But, I was wrong.

Being a landlord really opened my eyes, and my wife’s eyes too, as to what our risk tolerance truly is. We found that we didn’t have the appetite that we thought.

A Good Realtor Makes All the Difference

I cannot stress enough the importance of having a great real estate agent. I’ve always said that you don’t want to pick professionals like a real estate agent, lawyer, doctor from the Yellow Pages. You need to get recommendations from your friends, family and coworkers. You also want to interview these professionals to ensure that you’re both the right fit for each other.

Your personal finance team, in which a real estate agent will be a prime player, will help to lay the foundation for your financial life and the moves you make now and in the future. Think of your real estate agent, lawyer, certified public accountant and certified financial planner to be members of your own board of directors.

So, it only made sense for us to call the same agent again when we were looking to sell the home six years later. But she was no longer in the business, having stopped to raise a family. Thankfully she recommended another agent who she would personally use to sell her home if it came to that. That’s a great endorsement. I was sold.

It’s been a great experience working with our new real estate agent selling our home this year. If you do nothing else, making this one choice can set you up for success and make all the difference in the world.

The first offer that you receive from a buyer is just a starting point. It’s their “going in position.” It’s the buyers shooting for the moon. The offer that we received on our house wasn’t what we had hoped for after six months on the market.

The buyers had a few other surprises For example, they asked for a 60-day due diligence period. This would take our home off the market for two months while they thought about it some more, and they had very little incentive to stay in the deal with next to no earnest money.

We went back and forth for almost four days before we settled on an agreement that worked for both parties. When I look back at buying the house six years earlier, I can’t help but kick myself mentally for not asking for more concessions from the builders. For example, I always wished that I had asked for garage door openers and window blinds. These two additions alone were the bane of my existence for the first two weeks that we lived in our new home. The builder accepted our first offer outright because we didn’t “shoot for the moon.”

So, I will never forget that the first offer isn’t always the best offer for the other party. It should be more of wishful thinking. It pays to negotiate a little. You can see this in popular television shows like “Pawn Stars” and “American Pickers.” The first person goes in high, the next goes low, and then they meet in the middle. Buying and selling a home is similar. Of course, you don’t want to scare a buyer off by too much back and forth. There’s the fine art to getting what you want and keeping them on the hook.

Think Outside the Box –- Leverage Craigslist and Friends

I was semi-forced into renting out my home after relocating to another state for my job. I’m still not going to sell the house for what my wife and I bought it for six years ago. The market just won’t sustain that now where we lived. We’ve lost about 15 percent of my home’s equity.

If I had sold when we moved away in 2012, I would have lost much more than that amount. So, I became an accidental landlord. For the most part, the renters were kind to our home. We escaped with only having to paint, re-carpet a portion of the living room and make a few minor repairs before selling it. But, the last tenants left trash in the yard. And, the jungle gym swing set that I built for my children hadn’t been touched in years.

Our real estate agent recommended getting the swing set and debris out of the yard before agents started showing the house. That was easy for him to say from across town. It was much harder for my wife and me to do from two states away. I didn’t have the time off from work or the extra cash to head back to take care of it personally.

So, my wife and I turned to friends who needed extra cash. And, when that hit a snag, we then looked to Craigslist to finish the job. A couple of days and a few hundred dollars exchanged through PayPal and the swing set and debris were gone, hauled to the dump.

My wife hates car shopping with me. No matter how much research I do and how well I negotiate, I always leave the dealership feeling like I paid too much. In the back of my mind, I always think that the seller has taken advantage of me. It eats at me, and I have buyer’s remorse more times than I’d like to admit.

The same was true when my wife and I were going back and forth with the buyer for our home. I wanted the best deal and to protect as much of my equity as I could. I don’t want to be taken advantage of by anyone, and I hate haggling.

But, at some point, you have to let it go. You have say that you gave it your best effort and then move on. Moving on seems to be the hardest for me most of the times. But, I’m working on it. You have to eventually stop haggling.

You have to move forward. Don’t look back. That’s what my wife and I are doing now. We’ve taken our lumps with purchasing this house six years ago. It was a good house though, filled with a lot of great memories. We’ve learned a lot too. And, now we’re on to the next adventure, the next learning experience. But, for now, we’re also moving on as renters for a nice long while. We’re out of the landlord and homeowner game.

What about you? What did you learn from selling your home? Were there some surprises along the way? Are you like me and feel like someone else always has the upper hand and is taking advantage of you in these negotiations?