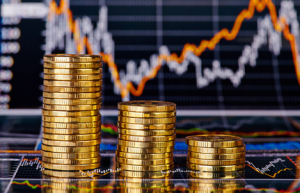 While the internet is abuzz with news of the imminent iPhone 7 launch – boasting, among other things, the end of the Headphone jack that we have all come to love, waterproof abilities and an improved camera – you would be forgiven for leaving mouth agape and light-headed at the ‘prescribed’ price tag at which the device will be offered to the UK consumer market.

As traders and spread betting companies will be well aware, the Pound has taken a rather intense beating thanks to the successful Brexit vote, and while recent sentiment has been positive in the market place, it seems that Apple has decided to take no prisoners when it comes to their latest release.

While the US has seen limited changes to their original price tags, the loss of a 16GB version means that the entry model for the iPhone 7 is now £599 and their top spec version is £799. Should you opt for the ‘Plus’ option instead however, you can expect to fork out even more, spending somewhere in the region of £719 to £919 dependent on your choice of Internal Storage space.

But wait, much like that annual check-up you dread each year, there’s always something niggling behind the scenes and Apple haven’t disappointed. While the new iPhone will still include a pair of the ‘original’ headphones that will instead plug straight into the lightning port, astute techies will have realised that you will no longer be able to charge your device and listen to your music – that is of course unless you fork out another £130+ for a set of Wireless ‘Airpods’ that would take the total of the iPhone 7 Plus to that of a high-performance laptop!

With all this in mind, just why have Apple chosen to ramp up the price tag to the UK market and will their new phone create the same sort of buzz that the iPhone 6 did just 2 years ago? Arguably for some, Apple are big enough and popular enough to do just about whatever they want, but the stock market is starting to show a tell-tale sign that this may be one step to far, with big investors reportedly wary of the new device and the share price largely unmoved.

While Apple’s corporate team will be praying for a rise over the next few weeks as the phones begin to ship, it was Nintendo, with their Super Mario release teaser, that managed to steal the limelight of the launch as investors witnessed an almost 4500JPY jump before settling back to around a 12.5% increase overall.

So for those of you who are preparing to empty your savings accounts to get your hands on the latest piece of Apple tech, perhaps try your hand spread betting on the markets to raise the funds either buying into the hype and backing it to rise or waiting for it to jump and shorting it as it almost certainly falls back into decline.