The average credit card debt these days is about $16,000. That’s a lot of debt to have hanging over you and you want to pay it off as soon as possible. The longer you take to clear it, the more money you’ll end up paying out in interest payments. So, if you have any extra income, you should be putting it all into clearing those debts, right? That’s one way to do it but if you’re paying all of your extra cash onto credit card debts, you won’t have any to put into savings. 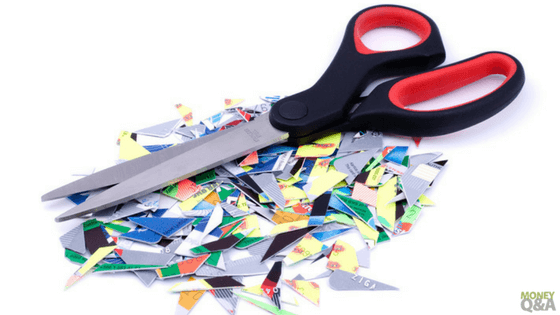 It’s important to have a healthy savings accounts for a lot of different reasons. If you get hit by any unexpected payments it’s very useful to have a buffer. You’ve also got to think about your future. If you haven’t got a healthy retirement fund, your later years will be a struggle.

If paying into your savings and clearing credit card debts are both very important, what should you do? In some cases, you’ll be lucky enough to have enough spare cash to do both, but I doubt it. You can split what little money you have over the two but you’ll end up spending years making tiny payments into both. You’ve got to choose one, here’s how to make that decision.

The next thing to look at is the interest rates on your savings accounts. If you’re getting a good rate on there, and your credit cards aren’t too bad, it might be worth putting a little extra money towards your savings account. People don’t often realize just how much difference a few percent will make, but compound interest can make you a huge amount of money. Compound interest is interest that is paid on both the original amount as well as the extra you’ve earned on top. A little extra cash during a high interest period can earn you thousands over the next few decades. Use this compound interest calculator to run some numbers and see exactly how much money you could be making. It’s also worth bearing in mind that you could use that extra money to pay money off your credit card debts further down the line.

If inflation is higher than interest rates, you could be losing money. If you’ve got $1000 in a savings account at 2 percent interest, you’ll have $1020 the following year. But if inflation is at 3 percent, it’ll cost you $1030 to buy the same amount of goods that you spent $1000 the previous year. In other words, your money is worth $10 less than it was last year. That’s only a small amount in that example but imagine if you had $30,000 in there. That’s a lot of money that is going down the drain every year. There’s no point putting more money into your savings account if inflation is eating it all up. Instead, you should consider taking the money you would have put into savings and paying off some chunks of your credit card debt until inflation drops again or interest rates increase.

Your age is a factor in either case because you need to make sure that you’ve got money for retirement and you aren’t saddled with debts in later life. As a general rule, younger people should try to focus more on their credit card debts for a couple of reasons. First, you’ve got longer to save up for retirement later on so it’s not so urgent right now. The second reason is that while you’ve got all those debts, your credit score is going to suffer and you’ll struggle with things like mortgaging your house or buying anything on credit. This can be a real problem if you’re trying to get onto the property ladder for the first time.

When you’re nearer to retirement the bad news is, you’ve got to do both. If you can only afford to pay your money into one, it’s probably best to go for the savings account to make sure that you don’t end up running out of money while you retire. Just bear in mind that those credit card debts will increase your expenses when you do finish work so the retirement fund won’t go as far.

Do You Have Emergency Savings?

As I said before, emergency savings are very important if you don’t want to get caught out by surprise expenses. People often neglect their emergency account in favor of paying off credit card debt because it seems like a more immediate problem. But think of it this way, if you don’t pay into an emergency fund because you’re paying off credit cards, then you get hit with a big expense that you can’t afford, you’re probably going to have to borrow on those credit cards again and then you’re right back where you started. If you build up a decent amount in your savings first and then move onto paying off debts, your hard work won’t be undone when disaster strikes.

When you’re trying to straddle credit cards debts and paying into your savings account, the key is striking a balance. You’ll find yourself in trouble if you can only afford to put your money into one but you can use these criteria to make that decision. Before you do that though, look at your finances and make sure that you are using it efficiently. If you cut back on spending, you might find that you’ve got enough spare cash to pay off debts and save at the same time.