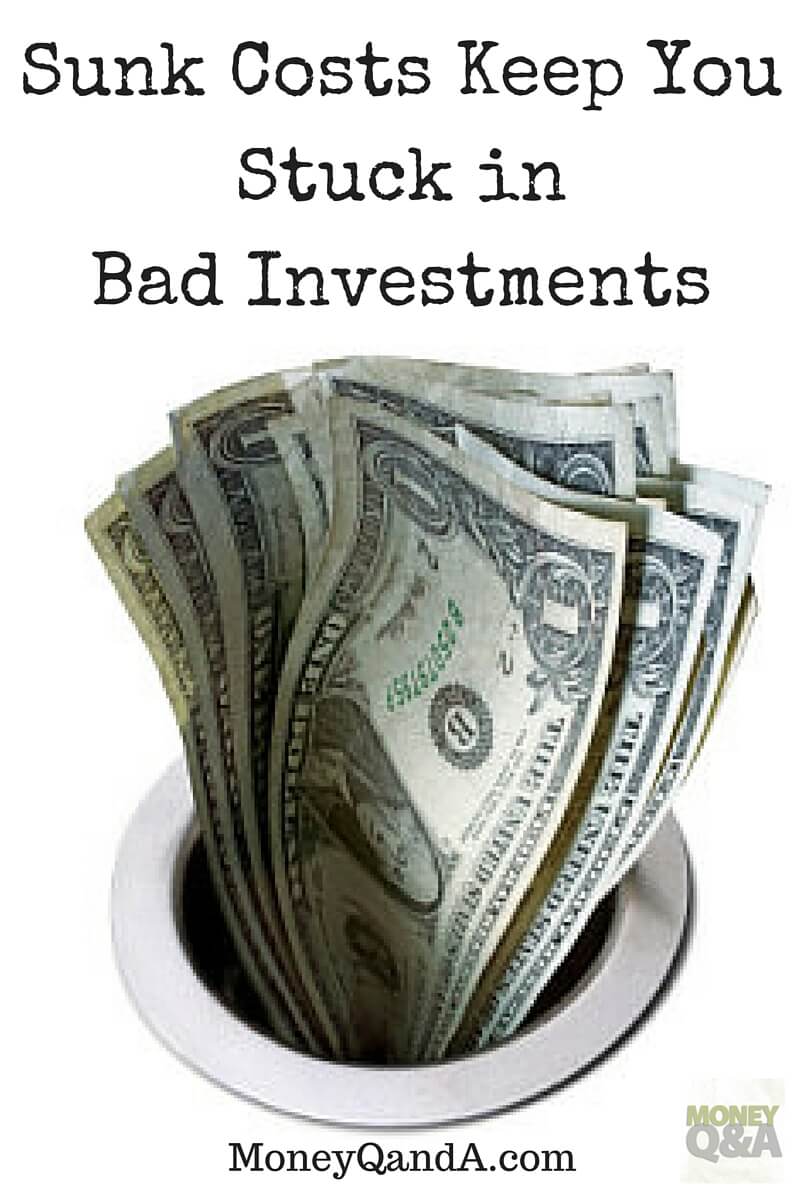 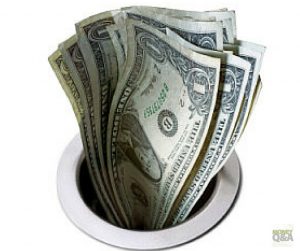 Last fall, I had tickets to an NFL game. It was freezing that day, and all my friends backed out. But I didn’t want to waste the $70 I’d spent on the ticket. So I went to the game and was absolutely miserable. I hate to admit it, but my friends were right.

I didn’t even have much vested interest in the teams playing. Nor did I have a good time at the game; I would’ve been much better off just watching it from the comfort of my couch. But I was obsessed with not having wasted the money I spent on the ticket. In hindsight, I know I should have recognized that it was a sunk cost, chalked up the loss and moved on. I shouldn’t have let it cloud my judgment.

But when it comes to to sunk costs, our instinctive opposition to “wasting money” we’ve already lost can hurt us in many ways. In investing specifically, it can make you hold on longer than you should, and cost you even more.

What ARE Sunk Costs?

A sunk cost is money that we’ve already spent, and that we can’t get back. Sunk costs bias our future behavior. It weighs on our minds and keeps us from making rational decisions. Sunk costs keep us in investments that we otherwise would’ve abandoned long ago. We use sunk costs to justify our past choices, but they can keep us from moving forward.

And whether we realize it or not, sunk costs are everywhere. If we look hard enough, we can see them in a lot of our decision-making. I can’t even begin to count the number of stocks I’ve bought that have lost money. I’ve been stuck with the choice of either selling for a loss or trying to buy more to lower my cost basis — which can be throwing good money after bad.

But the money that you’ve spent on a stock purchase shouldn’t factor in your next decision. You should know what conditions would lead you to sell a stock before you buy it. What if the reason you thought it was going up doesn’t pan out? What if the company has a bad quarter? Or the company’s management decides to go in a different direction than you expected? Before you even buy a single share of stock, you need to have an exit plan.

You have to sell your stocks — or hold them — based on rational criteria. The amount of money you spent when you bought them should not be a factor. That money is gone. It’s a sunk cost. Ignore it, and consider only whether an investment is a good or bad deal looking ahead when you make the next decision about what to do with it.

Have you ever bought a time share? If so, you’re not alone — millions Americans own them. The problem is that they’re typically poor investments that lock buyers into long-term agreements to visit the same vacation destinations each year. They’re incredibly illiquid, and they’re expensive.

Time shares also come with hefty maintenance fees that you have to pay every year, even if you don’t use your annual points toward a vacation. Many people dream of getting rid of their time shares, but they can’t — or think they can’t, because of their sunk costs.

So why do we continue to hold onto these poor investments? It’s because we’ve already spent so much money on them; we dread losing the “benefit” from it — even when it’s not such a benefit at all.

Check out other great tips about how to invest despite sunk costs weighing you down on AOL Daily Finance.