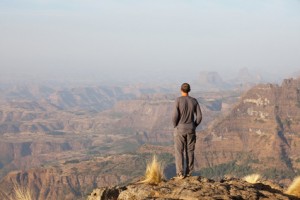 What is going to happen on the 1st of January 2013 if the fiscal cliff is not resolved by Congress? How is the average taxpayer going to be affected by the fiscal cliff tax changes? The truth of the matter is that the middle class citizens of America are going to see their federal tax bills increase by thousands of dollars. There is also one critical mistake that we are all making that will make the fiscal cliff even worse for every person if we do not change our ways. I’m not talking about the things that are going on in Washington. There is a problem on Main Street in every city with the fiscal cliff as well.

The fiscal cliff refers to the President Bush era tax cuts were enacted in the early 2000s that are expected to expire this year. We have been kicking the can down the street for years and extending the expiration, but this year they are coming due unless Congress acts. Having these tax cuts expire will have a tremendous impact on every working American.

The Obama Administration has proposed eliminating $150 billion worth of tax breaks over the next ten years as part of his administration’s negotiations as a way to avert the dangerous fiscal cliff that the country faces at the first of the year. The tax cuts include deductions and tax breaks that are currently in place for fossil fuel companies, the valuation of company’s inventory levels, and changes in the tax rates on low capital-gains for some types of investments and real estate.

Here are some of the ways that you will be affected and what you can expect. There is also one critical mistake that we are all ignoring too that will have a very devastating impact on your wallet if not addressed.

Kicking The Can Down The Road

In December 2010, the United States Congress passed the Job Creation Act of 2010 which also addressed tax relief and unemployment insurance. The law also extended the Bush era tax cuts for an extra two years. It only applied patchwork solutions and exemptions to the Alternative Minimum Tax (AMT). So, can we expect Congress to continue to kick the can down the road and not pass substantial legislation to fix the problem? It is indeed a very real possibility. We could see them only fixing the fiscal cliff problem partially and passing new laws that address the problem for the next few years ago. Now is the time with the lull in the election cycle to tackle this and other hard problems that need bipartisan support.