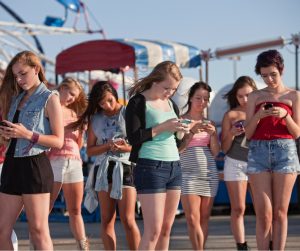 As technology continues to improve and offer new and exciting avenues for entertainment like Pokémon GO, more and more people become addicted to their phones, gaming consoles, and computers. A tech addiction is recognized as a real problem, and it accompanies alarming statistics such as: 60% of people admit they can’t go an hour without checking their phone, at least 31% of U.S. drivers have sent or read text messages while driving, and as of 2014, there were over 176 million mobile addicts (people who open apps on their phones more than 60 times per day).

The problem has gotten so bad that there’s even an online group called Internet and Tech Addiction Anonymous that people who are experiencing symptoms of tech addiction can turn to for support.

There are over 176 million mobile addicts who open apps on their phones more than 60 times per day!Click To Tweet

How Tech Addiction Can Be Dangerous for Your Wallet

There have been dozens of studies on tech addiction around the world, but most of these researchers focused on the mental and behavioral aspects of addictions to the internet and technology. What about the financial side of the equation?

Whether you’re contributing to Pokémon GO’s $10 million per day revenue stream, or you’re upgrading devices too often for your wallet to catch up with, here’s a few tech addictions that frugal-minded folks should watch out for. 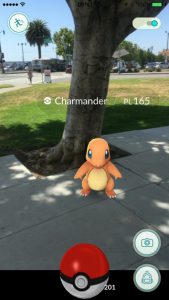 Although popular smartphone apps like Pokémon GO and Candy Crush are free to install, they can actually become quite expensive for gaming addicts who want to unlock new levels within the apps. Do you really need to buy 14,500 PokéCoins for $99.99 or drop $5-10 every single day so you can get closer to catching ‘em all?

You don’t want to be the type of game player that makes the app creators rich. You also don’t want to reach the level of spending and obsession it takes to be the #1 player in the world, like the guy who supposedly dropped $1 million on Clash of Clans and even brought his iPads into the shower to continue playing at all times.

And, if your main hobby is video games, you don’t want to join the list of people who died while playing video games (usually because they forgot to eat, drink water, and use the restroom for several days).

Your mental and physical health should be your first and foremost concerns, so if you think you’re teetering on the edge of an all-out smartphone addiction, there are many ways to overcome it. Lifehack recommends implementing no-phone time periods throughout your day and powering off your phone an hour before bedtime. Limiting phone use will decrease your unwavering obsession with gaming apps, and this will subsequently result in a diminished desire to spend loads of money on the games.

But you shouldn’t have to quit smartphone and video games altogether. Instead, set strict limits on your spending, such as $10-20 per month maximum and hold yourself accountable by temporarily uninstalling apps or increasing your no-phone timeouts if you go over your budget. At the end of the day, remember that these games are just hobbies, not your whole life.

By the year 2018, online gambling within the U.S. is projected to haul in over $56 billion. Not only is this damaging to people’s finances – the convenience of online casino games and sports betting venues makes it easier for anyone with an internet connection to gamble in the U.S. – but the FBI points out that online gambling is illegal in most states. Only New Jersey, Delaware, and Nevada have legalized online gambling, so if you don’t live in one of these three states, then you’re not only losing money, but you’re also breaking the law.

Gambling is extremely addictive because of the way it can rewire your brain’s reward system and trigger a “feel-good” chemical called dopamine whenever you play. If you or your friends or family members are exhibiting signs of gambling addiction, then there are a few ways to overcome it.

For starters, you can take a quiz to see whether you’re a problem gambler. Addictive personalities and obsessive gamblers are often in denial about their financial well-being and the extent of their gambling problems, so taking a quiz and even talking to a gambling counselor would be an excellent first step to recovery.

HealDove also recommends many ways to help yourself overcome a gambling addiction, such as finding a replacement hobby (preferably one that requires less money), finding a support group, and remembering how bad it feels when you lose.

Even if you have to temporarily give someone else control of your finances to prevent yourself from gambling it away on the internet, this is preferable to watching your financial stability disappear due to a costly addiction.

Do you really need several digital devices to be happy? Does upgrading to the latest iPhone every year – before you’ve even paid off the old model – significantly improve your life in any way (aside from fueling a tech addiction)?

There’s a reason why companies like Apple do so well: repeat customers are obsessed with owning and experiencing every make and model that Apple churns out.

But if you already own 2 phones, 3 tablets, a PC, a Mac, and 2 MacBooks…stop. Constantly upgrading your devices is damaging to your financial health, especially when the devices cost over $1,000 apiece sometimes. Develop an alternative mindset for the betterment of your bank account: if it ain’t broke, don’t replace it.

You can also save money by buying older generation phones instead of caving into the pressure to own the latest and greatest technology on the market.

Unlimited data plans are mostly things of the past – unless you pay a high monthly cell phone bill – so using apps that eat up a lot of your data can leave you vulnerable to overcharges. All too often, kids either watch YouTube at school and/or forget to turn on the wifi when they’re at home, and watching videos on a data network can lead to outrageous cell phone bills.

If you or your kids love watching Netflix or they tend to obsess over YouTube videos all day, it’s important to restrict videos to wifi use only. Just one hour of HD streaming on Netflix can eat up 3GB of data, which can be disastrous for whoever has to pay the cell phone bill next month.

You can also install parental blocks on devices or take them away for tech-free downtime to prevent them from letting their hobby consume the whole family’s data stash for the month within a couple hours. Another, slightly more costly alternative is to download movies and TV shows for on-the-go viewing instead of relying on streaming apps like Netflix and YouTube.

Shopping addictions can cause serious financial problems, but on the lesser-known technological side of shopping addictions, did you know that a segment of the population is addicted to QVC shopping? The problem with shopping channels on TV is that they provide extremely convenient ways for older people – who may not be Amazon-savvy – to purchase items with their remote control.

The product demonstrations also incorporate clever selling strategies, such as proclaiming several benefits instead of features, creating a sense of urgency with limited time frames and special discounts to push shoppers to make a purchase ASAP, and incorporating the use of storytelling to show viewers how a product would vastly improve their lives.

If you or someone you know struggles with a QVC shopping addiction, there are many ways to overcome it. Whether you cut the cord on cable, seek help from a credit counselor or psychologist for “shopaholic” syndrome, or remind yourself that QVC sells everything online without the urgency and limited time you see on the TV channel, conquering your QVC addiction is crucial for your financial stability.

An addiction to technology is just like any other addiction. It is hard to fess up to and even harder to overcome.

But limiting your use of smartphone apps and television, as well as holding off on device upgrades, can help you lessen your addiction over time. And, it can eventually lead you back to normal levels of tech usage without having to completely eliminate technology from your life.

Many of the above stories about people spending thousands of dollars on smartphone apps or TV shopping channels or online gambling outlets may seem outlandish and uncommon. But, it’s deceptively easy to fall into the trap of spending more money than you originally intended on these tech addictions.

Rather than denying you might have a problem, take a close look at your financial situation and try to cut back whenever you feel the obsessions are taking a toll on your wallet.

Do you have a tech addiction? Do your kids? Does it impact your family’s finances? 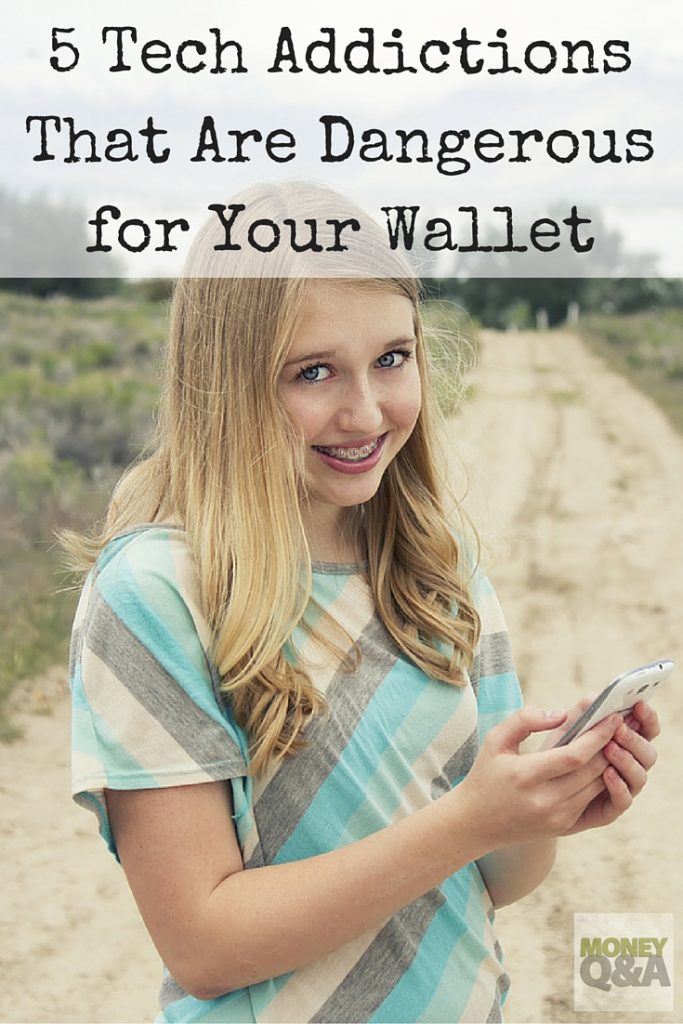