I’m always looking for the best return on investment. That’s why I love Lending Club so much and promote them on Money Q&A. I’ve also recently invested in a movie. The movie’s production company is using Wefunder to structure its deal for investors to participate in profit sharing. That was the first time that I had ever heard of Wefunder, and I was intrigued.

Were other great investment opportunities available? It turns out that there’s a lot of them! The site is so much better than Kickster. Instead of earning just rewards for backing projects and startups, now you get perks AND a solid return on your investments through crowdfunding investing with Wefunder.

I’m hooked! Now I’m even an investor in a Ben and Jerry’s ice cream shop in California with the potential to earn a 20% rate of return on my investment. Check out the details of this specific investment later in this blog post.

The best investment strategies always involve a mixture of risk and rewards that come from having a diversified investment portfolio with the usual stocks, bonds, mutual funds, and even lesser-known investments like peer-to-peer loans and start-up equity. If you’re new to the world of equity investments, then Wefunder could be a great place to start due to the low barriers ($100), transparent platform (they’re not shy about the risks involved in startup investing), and success stories coming from Wefunder.

If you’re curious about investing in new and exciting projects, then here’s all you need to know about crowdfunding investments with Wefunder for as little as $100 per investment:

Founded in May of 2016, Wefunder is a public benefit corporation whose mission is to defend the American Dream, according to their charter. They donate 5% of their profits to training, mentoring, and grant programs for founders each year and they strive to promote transparency and opportunity for investors and startup founders alike. The CEO of Wefunder Nick Tommarello calls it “Kickstarter for investing,” designed to let everyday investors get involved in funding cool, inspirational, and highly innovative start-ups around the country.

According to Wefunder’s stats, the site has helped raise over $49 million for 156 startups since it began. Over 122,000 investors have used Wefunder to invest in a variety of start-ups from nearly every industry imaginable, from food/drink and films to eco-friendly clothing and medical technologies. If you have experience in a particular industry, you might find Wefunder even more useful because your background knowledge can help you determine whether you think a particular venture might succeed based on the research and project goals outlined by the startup’s leaders.

For instance, if you’re an avid beer enthusiast who frequently visits breweries, then you might have a good idea of what’s working and what’s not based on your own tastings and chats with other brewery customers. This personal experience can help you decide whether an alcohol-related start-up listed on Wefunder might do well in the current market.

Investing in start-ups can be an exciting way to diversify your portfolio because Wefunder’s platform offers awesome visuals, market research, and other details for curious investors looking to add new projects to their portfolios. Current investment options on Wefunder include: a Ben & Jerry’s ice cream shop on Venice Beach, CA, a vegan fashion label, commercial space telescopes, HIV cures using monoclonal antibodies, gluten-free whiskey, a mobile app that identifies plants and flowers, craft beer in Texas, a Hollywood movie, and much more.

You can choose an investment level according to what your investment goals and money available are (many projects have minimums, however, such as $100). 31% of investments made on Wefunder’s website have been exactly $100 and 76% of all investments have been $500 or less, which means you don’t need to put up a ton of money upfront to get involved. Similar to Kickstarter, there are also some investor perks involved for certain investment levels (e.g., you get free stuff when you invest at least $250 in a start-up), so returns on investment might be more than just monetary gains!

My Investments with Wefunder

“I’ll be Next Door for Christmas” Christmas Movie – I think it’s such a cool idea to invest money in a movie. And, now it’s a reality for investors! The United States Motion Picture Company, an independent film company, is doing something that has never been done in the U.S. until now – equity crowdfunding for a full-length narrative feature film with profit sharing for investors. Not just any feature film — the world’s first Christmas movie to raise funds through equity crowdfunding.

Every contract is different in Wefunder. And, the returns for investing in the “I’ll be Next Door for Christmas” Christmas movie are lucrative. For a minimum investment of only $100, the contract pays 15% return on investment (considered a loan actually) plus your share of 50% of the film’s profits (based on your pro-rated to contribution) in perpetuity. Perpetuity is a fancy Wall Street word for FOREVER!

Can the film tank at the box office? Of course, it can. Then you’d be out of your investment. But, when you see the line up of stars slated in the casting, the resume of the producers, the low budget, and the juiciness of the investment’s return, I thought it was worth the risk. I’m now part owner and investor in a Hollywood film. Talk about a buck list item checked off! 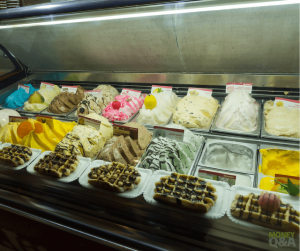 The deal to invest in a Ben & Jerry’s Ice Cream franchise on the Vince Beach Boardwalk is an even better investment than the Christmas movie. In exchange for a 3-year loan, the franchisee will pay you a 14% annual interest rate on the loan balance plus a quarterly repayment of the principal (1/12 of your investment).

A $250 investment (although $100 is the minimum required) will net you a total return of over 10% after taxes and fees. Your return might be higher depending on your tax bracket. Wefunder charges a flat $7 fee on every deal you join. So, their fee’s impact on your total return lessens the more you invest.

It’s like trading stock with a $7 broker’s commission. The more stock you trade the less impact your fee has in terms of percentage points on your total return. The return on this deal before taxes and fees is close to 20% for a $250 initial investment.

You earn your principal investment back before the end of the second year of the loan. And, the third year is pure profit.

Risks of Investing Through Wefunder

Unlike conservative investments like bonds, U.S. Treasury securities, and mutual funds, equity investments in startups are significantly riskier because there is no guarantee of a payout for investors if the startup fails for whatever reason. Even the best intentions, backed by incredibly thorough market research, can lead to substandard results or even outright failure if the company shuts down or declares bankruptcy.

Given the risk involved, investing in Wefunder should not comprise the majority of your portfolio, especially if you don’t want to wait several years to see if the company ultimately succeeds and pays out higher rates of returns to investors who weathered the storms along the way.

Equity investments have enormous potential for high yields, but Wefunder’s own website points out that these rates of return are higher than many other types of investments because of the considerable risk involved in the early stages of the startup’s existence. Be aware of these risks before making the leap and pouring your money into Wefunder projects. If you decide the rewards are worth the potential risks, Wefunder recommends the diversification approach for risk reduction, in which you invest smaller amounts into many projects instead of a huge chunk of change into a single project.

Should You Invest with Wefunder?

Start-up investments are not for everyone. Wefunder is clear that equity investments can be very risky because you don’t know if a startup will totally fail or succeed beyond the founders’ wildest dreams. It depends on so many different factors, so the best approach here would be to dip your toes in Wefunder projects by investing $100 or $250 here and there to see what works for your investment portfolio. It can be a lot more fun and rewarding than investing in faceless mutual funds, but never forget how risky these investments can be in order to protect your own financial security.

New Movies to Invest In Through Wefunder 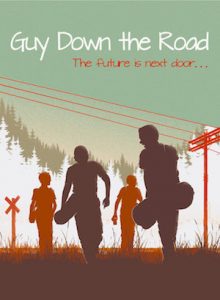 Guy Down the Road – A hilarious new coming of age comedy, with a unique time travel twist

Martingale – A Revenge Flick Offering Something A Little Different 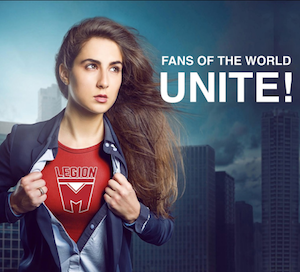 Also – If you own a company that’s looking to raise funds, you can get a $1000 discount and pay $0 up-front costs. Check out WeFunder for more information! 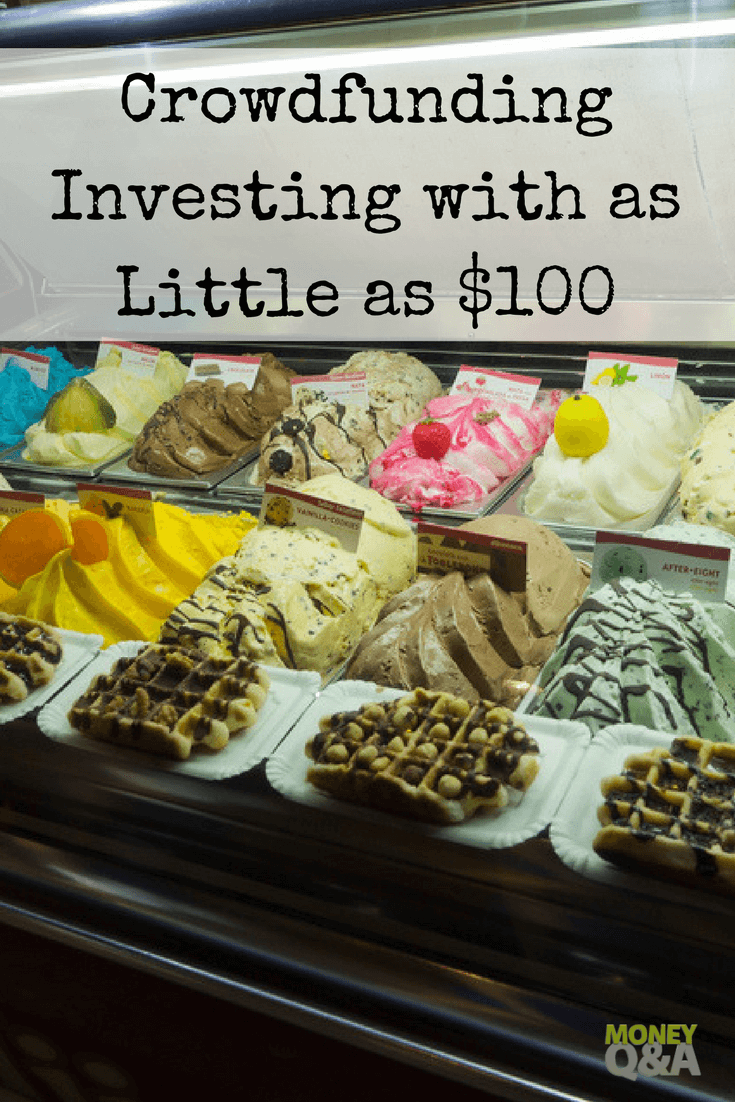