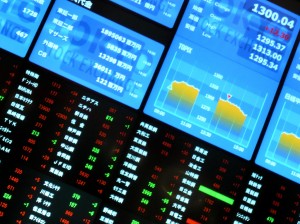 Just how good at math is Andrew Beal? The answer to that question depends on which qualifier you’d like to use as proof of his skills. On the one hand, there’s the fact that he is worth several billion dollars. There’s the fact that a mathematical proposition called Beal’s Conjecture named after him.

And, there’s the fact that he’s won the largest single game of poker ever, taking in eleven million dollars with the right cards. If you’ve never heard of Andy Beal, you can be forgiven. He’s a much less visible billionaire than Bill Gates or Warren Buffet, but his example of success is an inspiration to get better for anyone who claims that they aren’t very good at numbers.

Andy Beal began to build up his fortune at just age 19 when he began to flip houses in his native Michigan. While his first home offered rent for just $120 per month, he developed a career in real estate that reached a climax by selling off the New Jersey based Brick Towers property for 3 million dollars after purchasing it earlier for only $20,000.

With the money made from flipping real estate, Andy Beal opened a series of banks and began to capitalize on market turmoil by buying up assets when they had reached a low point, holding onto them, and selling high in the aftermath. Examples include debt on airline companies following 9/11 and real estate during the 2008 housing crisis. There are now 37 branches of the Beal Bank across the United States, which enjoy a return on assets of 8.1, far exceeding that of most other major banking firms.

He further developed a space exploration company called Beal Aerospace, but had to shut it down after three years due to the difficulty in competing with NASA and the firms that provide NASA with equipment and parts for their space program. In part due to his head-butting with the national space program, Andy Beal announced his open dislike of “big government” that restricts the capabilities of private enterprise.

It’s one thing to teach yourself how to add and subtract, or how to balance a checkbook. What about teaching yourself the very behavior of numbers? Beal did just that over the course of his 20s and emerged in 1993 with his own conjecture that landed him respect amongst mathematicians and immortality alike.

The conjecture, an unproven proposition, dictates that if two numbers raised to two separate integers equal a third number with a third separate integer, no solution exists provided that the numbers are co-prime (cannot be divided by any mutual numbers besides one). This conjecture is based in the famous Fermat’s Last Theorem, one of the oldest mathematical texts known to man, spanning four hundred years of unprove-ability.

Andy Beal took a step beyond just putting his conjecture out to the world, since he has offered one million dollars to whomever can prove it to be incorrect; to date, no mathematician has had the chops to publish an article proving it to be false and winning the money. His comprehension of number theories has reputedly helped him in the investment world, allowing him to study underperforming assets relative to market favorites in order to be certain that he’s buying low at the best possible time.

A Passion For Cards 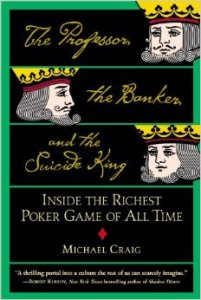 Mathematics can be applied to any number of sports, ranging from the statistical analysis of how a baseball player will add a certain number of wins to a team over the course of a season to the ability to dictate a chess game several dozen moves in advance. It’s perhaps never more critical to have a solid understanding of math in order to win than it is in the game of poker, where your success and failure is grounded in the hard, cold, inexorable percentages of which cards come out.

Beal’s poker skills have won him a significant amount of money — though nowhere near as much money as his market speculations — thanks to his ability to determine the mathematical odds behind staying in a hand or getting out while the getting is good. Most famously Beal played

Most famously Beal played heads-up poker against a team of professionals known as “The Corporation” in Las Vegas over the span of five days. In those five days, he alternated between winning and losing, with the results detailed in the best-selling book, “The Professor, the Banker, and the Suicide King: Inside the Richest Poker Game of All Time

He sealed his status in the poker world by playing against a dozen professionals who had put their money together in order to each get a crack at him, for only $100,000 per minimum bet. When Andy Beal first started playing in casinos he won $100,000 in one day and wondered if it was simple luck; he returns frequently in order to test his chops in some of the highest stakes in poker history.

If you’re interested in playing poker online, then check out Paddy Power, a great website for playing poker on the internet. Sign up is easy and you can play online or on the site’s mobile app available on iPhone and Android.