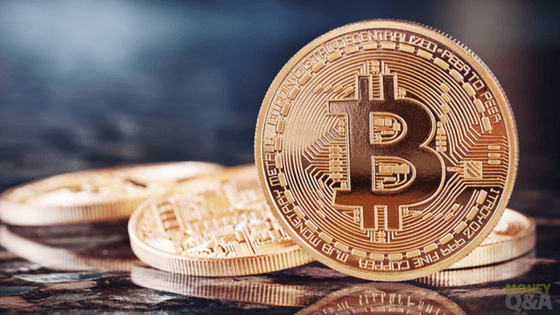 While the market has calmed down in the second half of 2018, the end of 2017 and the start of 2018 was an amazing time for the cryptocurrency. Nearly every coin exploded in value, and the public became much more aware of cryptocurrency, which led to many more people getting involved and media outlets around the world talking about the craze.

Of course, at the forefront of this growth and on the front page of seemingly every financial and technological publication, was Bitcoin. Bitcoin is the most popular and the largest cryptocurrency on the planet. It has a market cap of $110 billion, which is nearly $80 billion over its closest competitor.

However, one thing that holds some people back from buying Bitcoin and other crypto assets is the perceived notion that it is very difficult to purchase and attain these coins. But did you know that it is actually possible to purchase them with your credit card? Well, it’s true.

But before looking at how and where to buy Bitcoin with a credit card, we will look at why Bitcoin is so popular and why people seemingly love to invest in it.

Why is Bitcoin Popular?

Well, the first reason it is so popular is that it was the first decentralized cryptocurrency to be launched way back in 2009. This gave it a huge early mover advantage, as everyone who was interested in this industry had only one place to invest or focus on. So while there are now over a thousand other cryptocurrencies, Bitcoin is still at the top of the pack, as it has been around nearly a decade.

Next, Bitcoin is popular because of how widely it can be used. While crypto is still obviously not as popular as fiat currency, it is starting to catch on. And while some smaller currencies might be usable in select locations, Bitcoin is usable at thousands of different retailers, companies, and services. This wide reach is a part of why it is gaining momentum.

Another reason Bitcoin is so popular is its accessibility. While certain coins will only be available on certain exchanges, Bitcoin is basically available on nearly every exchange and there have even been some Bitcoin ATMs that have popped up as well. That sort of accessibility simply isn’t available with many other cryptocurrencies.

This popularity Bitcoin holds is also one of the main reasons why people invest in it. As it is the first cryptocurrency that many people learn about, so it is natural that it also becomes the first one they invest in. Also, because it is the highest valued cryptocurrency by a wide margin, that attracts a ton of eyes and makes a lot of investors want to get in on the action.

Where To Buy Bitcoin With a Credit Card?

Now that you know why Bitcoin is so popular, how can you go about buying some with a credit card? Well, the first step for that is to find a suitable exchange. There are dozens of different exchanges out there, but not all created equal. You want to do a lot of research on the best Bitcoin exchange out there (such as CEX.IO) to make sure it is worthy of your time and money.

Of course, you want to make sure the exchange accepts credit cards as a suitable way of buying Bitcoin, but you also want to make sure it is legitimate. Normally, a few minutes of brief research on the internet will be able to tell you all you need to know about the exchange, such as their history, how many people use it, and if there have been any security breaches or other things that you should know about before creating an account there. CEX.IO claims to be one of the safest exchanges out there – it has been in the cryptocurrency space for over 5 years, never experienced the user funds theft, and is certified by regulatory authorities.

Once you have selected an exchange, you need to familiarize yourself with its layout. CEX.IO is a beginner-friendly Bitcoin exchange that allows users to buy cryptocurrency in a few clicks. When navigating to the BUY/SELL section of the platform, you will be provided with ready-made options for purchasing a portion of Bitcoin at a preset price ($200, $500, $1,000). You can also enter a custom amount of the coins you would like to buy. For this service, CEX.IO will charge you a 7% fee. To get an aggregate picture of the CEX.IO fee schedule, go to their website.

Of course, after buying Bitcoin with your credit card, you will still need a place to hold them. While sure, you can hold cryptocurrency in your exchange account, it is often not recommended. This is not quite as secure as the other options that you have at your disposal. Instead, you should be sure to get a Bitcoin wallet from one of the many providers out there.

An online wallet (or “hot wallet”) will often be suitable for some people, but if you want more security and protection against hacks or other cybersecurity threats, you can go with an offline or hardware wallet, which is often called a “cold wallet”.

There are several different exchanges that allow you to purchase Bitcoin and other crypto assets with a credit card, which makes it incredibly easy to get involved in the industry. Many allow you to buy Bitcoin with a credit card. However, it is incredibly important for you to do your own research and ensure that crypto investing is right for you. It is very volatile and can rise just as quickly as it can plummet.

In addition to that, you should choose only the safest, most secure and trustworthy exchanges to work with. Happy investing!