The two most popular warehouse clubs in the US are Costco and Sam’s Club. Each membership in the warehouse wholesale club comes with its own unique benefits and this comprehensive guide will help you decide which one is best for your shopping needs. 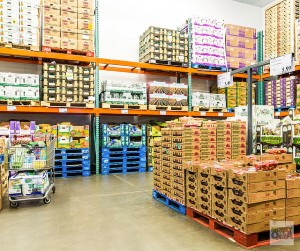 In terms of warehouse size, Sam’s Club averages 176,000 square feet per warehouse, while Costco warehouses average 143,800 square feet. Both retailers sell thousands of items online as well. There are 651 Sam’s Club locations in 47 US states and Puerto Rico, though if you’re a Canadian customer then you may want to go with Costco because the only six Canadian Sam’s Club warehouses shut down in 2009.

Verdict: Sam’s Club seems to be lagging when it comes to location availability. Unless you live in a state without a Costco, your best bet for domestic and international warehouse access is with a Costco membership.

The Sam’s Club Plus membership for $100 per year includes the basic member amenities, as well as cash-back rewards on purchases ($10 for every $500 spent, up to $500 cash-back per year), over 200 generic medications for $4 for a 30-day supply and 400 generic medications for $10 for a 30-day supply (as well as 5 free medications with a prescription), and extra service protection for several non-electronic items purchased through Sam’s Club.

Sam’s Club also offers 1-day shopping passes for non-members to check out their warehouse and website; if you decide to purchase something then there will be a 10% surcharge added to your order.

Although Costco does not offer a 1-day pass to potential members, it still offers low-priced memberships starting at $55 per year for the Business and Gold Star memberships. Unlike Sam’s Club memberships – which charge you extra for additional members added to your card – Costco lets you add one member to your card at no additional cost (it must be a spouse or immediate family member living at the same address as you, however).

Costco’s upgraded memberships, the Executive Business or Executive Gold Star, cost $110 per year and come with added benefits such as free roadside assistance for cars covered through Costco’s auto insurance program, 2% rewards on most Costco purchases, and extra discounts on Costco’s travel services.

Verdict: If membership price is the main factor you’re considering when deciding between Costco or Sam’s Club, Sam’s Club takes the cake with lower annual costs and excellent member benefits at all membership levels.

In 2015, Costco made over $116 billion in sales, while Sam’s Club averaged $58 billion. In terms of market performance, The Street’s analysts found that Costco is performing better than Sam’s Club in many other ways and this success is attributed to Costco’s extra-low prices passed along to customers.

We’ll discuss more specific pricing details later on in this article, but examining how these companies compete against each other is important to look at because it impacts you as a consumer.

With Costco reigning supreme over market share – it has 76 million members compared to the 47 million members with Sam’s Club – this means that either Sam’s Club will have to offer better prices and more services to attract new members or Costco won’t have as much pressure to provide new services and discounts because it’s already at the top.

After all, both warehouse membership companies need to both bring in new members and remain profitable to stay in business. Although you may think this information only affects stockholders, it actually influences future business strategies that will affect you as a member.

Verdict: Costco pays its employees well and it offers jaw dropping low prices on its inventory. Despite these seemingly profit-eating business strategies, it still manages to stay on top of the competition because of its satisfied customer base.

Costco is well-known for its Kirkland Signature brand, which offers super-cheap yet high-quality items from jelly bellies to vodka (fun fact: Kirkland Vodka is distilled in the same region of France where Grey Goose is made, except the Kirkland variety is significantly cheaper).

Both warehouse clubs sell organic produce, meats, and other items, and Sam’s Club is reportedly planning on offering more organic food to drive up sales relative to its competitor, Costco. Depending on whose blog you read on the subject, you’ll find folks who claim Costco’s quality is better and folks who claim Sam’s Club prices and quality is better.

Check out the Passionate Penny Pincher’s post if you want a more thorough item-by-item comparison between Costco and Sam’s Club.

There are certain benefits offered to non-members at both Costco and Sam’s Club – such as alcohol sales as mandated by some state laws or prescription refills as mandated by federal laws – and there are also several perks beyond just shopping privileges offered exclusively to members.

For the automotive departments, both warehouses offer free tire rotation, flat repair, and balancing, though Sam’s Club takes a slight lead here by offering free flat repair on tires purchased elsewhere. Sam’s Club also offers free battery testing to its members. However, when it comes to auto insurance, Costco is the only one to offer this service at this time.

For the electronics departments, Sam’s Club has 24/7 free tech support for its members, while Costco only offers its members tech support from 5am to 10pm, excluding holidays. However, Costco seems to have a more generous return policy of 90 days for its electronics; Sam’s Club allows 90 days to return unless it’s a GPS, cell phone, or tablet, in which case you only get 30 days to return the item.

Verdict: It’s a draw, depending on which services you need more as a member of one of these warehouses.

Previously, Costco only accepted cash, debit or Amex cards, but as of April 1, 2016, Costco has switched from Amex to Visa. Meanwhile, Sam’s Club accepts MasterCard, Discover, debit cards, or cash. Both stores offer their own credit cards with awesome cash back rewards, but Sam’s Club goes a step further by allowing members’ guests to make purchases (Costco only allows Costco cardholders to purchase items).

Verdict: Sam’s Club is significantly more flexible when it comes to checkout, but if you’re the sole member who will ever do the shopping and you only plan on using cash, then it won’t make a difference.

Deciding between a Costco or Sam’s Club membership depends on what your individual needs as a member will be. Obviously if you only live close to one of the warehouse locations then the proximity will likely be the deciding factor.

But, if you live near both Costco and Sam’s Club warehouses, then use the information discussed in this guide to determine whether affordability of membership, availability of items and member services, and flexibility of payment are the most important decision factors for you. 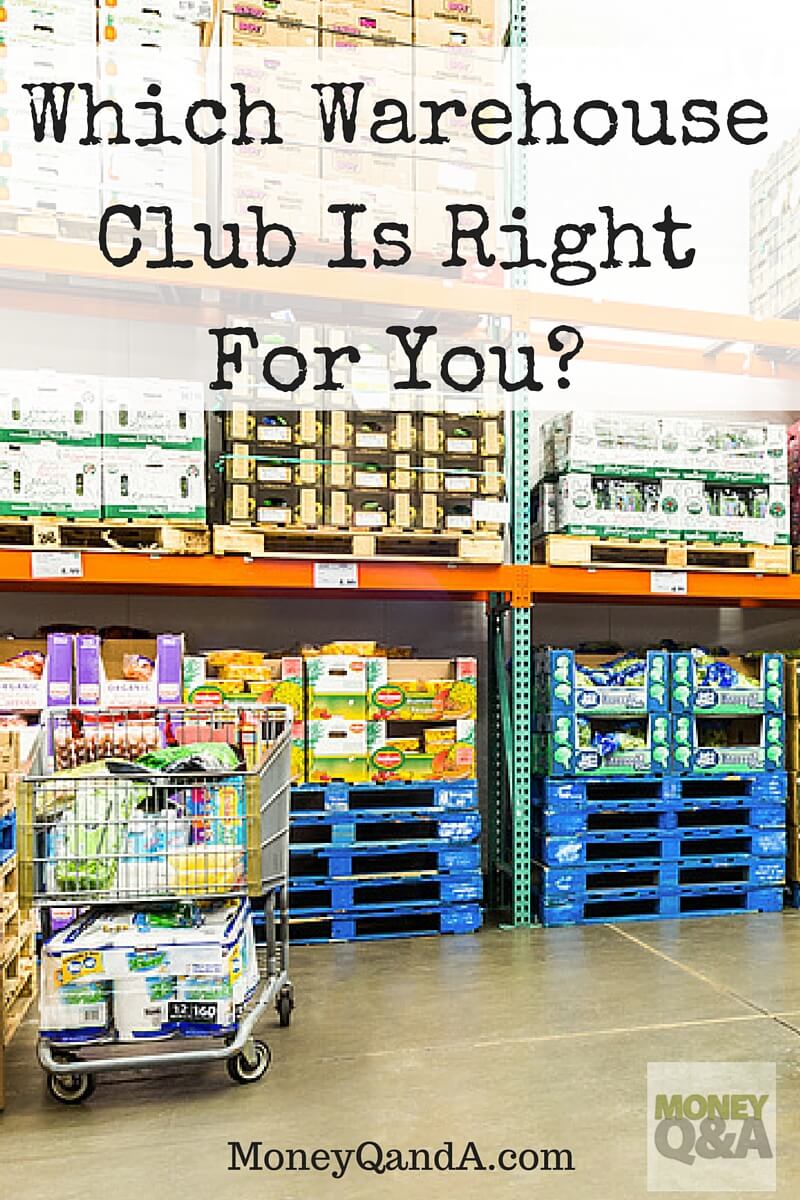 2 thoughts on “Which Wholesale Warehouse Club Membership is Best for You?”