To those who don’t pay much attention to these things, the soaring dollar must surely be a good thing. But while some experts, particularly traders on a ‘long’ bet are happy, there are analysts who suggest the value of the dollar should come down, believing its current high level, and it’s on a six-month journey skyward, is bad for US business abroad. Both sides of this argument played out recently when the US Federal Reserve again raised interest rates, a policy that is playing a major role in keeping the USD buoyant against other world currencies.

The Fed remains steadfast in its refusal to be swayed from its current policy, and not only that but its current chairman Jerome Powell has indicated there may well be more interest rate rises in the offing. Why? Because employment is at a record high and the inflation needle is edging higher. Interest rates tend to keep that in check while boosting the dollar value in the process. 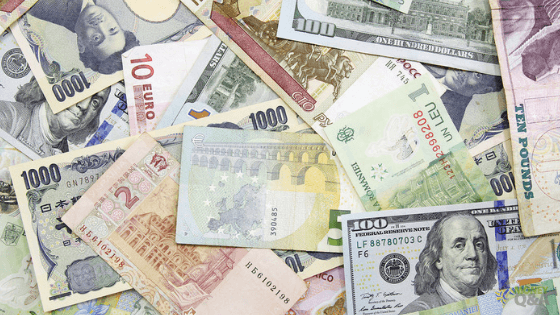 Will the US Dollar Stand Firm Over Other World Currencies?

Will the United States dollar stand firm over other wobbling world currencies? What investments should you make? Should you invest in Bitcoin and crypto?

It’s not just the excellent economic news coming out of the US that is fueling the currency against global rivals. In the case of the GBP and the EUR, they’re busy seemingly shooting themselves in the foot at the same time. One word has been powerful enough to shore up the confidence of anyone in the US going to a broker to go long or short on the GBP/USD or USD/EUR currency pairings.

And that word is Brexit. As far as sterling goes, confidence is at a low ebb as Britain’s negotiations with the EU appear to be going nowhere. With the divorce coming in March, the prospect of a ‘no deal’ is very real, and no-one thinks that will end well for the British economy.

And while the GBP feels sorry for itself as a result, so too does the Euro. The Brexit vote sent shockwaves across Europe, knocking confidence in the whole Euro project, from which it has never really recovered. Further fears about countries like Italy following Britain out of the door simply add further downward pressure on the currency.

If all that wasn’t bad enough for the GBP and EUR, there are continued tensions in the Middle East, in Syria and Iran in particular, while US-imposed tariffs have exerted further pressure. Tariffs have also affected the Canadian dollar when paired up with the USD, while Asian markets are fearful of an escalating US/Chinese trade war which won’t necessarily end well for either side.

When you add the seemingly increasingly volatile worldwide security situation – not just in -Iran but ongoing concerns over North Korea, continued fighting in Syria and tensions with Russia, you can sense why currencies across the world are nervous and volatility is high.

It’s just that the USD seems less nervous than most. So, when you look at the currency charts, it’s all positive in recent months. For example, the GBP, which fell dramatically after the Brexit vote, rallied up until the start of 2018, with the GBP/USD standing just over 1.43. It then went on a few months of not knowing what it was doing, perhaps reflecting the thoughts of the British Government over Brexit, before heading south from a high of nearly 1.44 in April to a low of 1.29 on July 17. Although the rot has stopped, it may only be temporary, and as of July 25 it had only clawed its way back to 1.32.

The EUR/USD currency pairing is following the same pattern – up to 1.25 at the start of the year, bobbling around to about 1.24 in April, then tailing off rapidly to as a low as 1.15 at the back of June. It’s not that much higher now.

So, with no sign of the USD value falling, because the economy is strong and the Federal Reserve is likely to not only hold but increase interest rates further, and with the GBP and EUR in apparent turmoil over what will happen with the Brexit negotiations, you’d likely want to visit your broker and remain on the long side of any GBP/USD and EUR/USD speculation. Or you could keep informed of the latest financial news before making a decision.

How does the USD do against Bitcoin and other cryptocurrencies?

Taking Bitcoin as the leader of the cryptos, it’s interesting to see how it is affected by the swings of the US dollar and other worldwide currencies. Or more accurately, how it’s not affected! Because even in the period of highest currency volatility, like in the immediate aftermath of the British EU referendum result, Bitcoin’s price remained unaffected.

So, without that helpful ‘if one goes up, the other must come down’ analogy, you’re left looking at Bitcoin, or baby crypto brothers like Ethereum, as standalone investment opportunities. Perhaps using them to diversify your portfolio, thereby minimizing risk.

Stick with USD or go independent on Bitcoin

It’s perhaps logical to conclude that if you’re backing swings in the currency markets right now, then supporting the long-term upward motion of the USD is the way to go. Swimming against the tide is never a great idea unless you have good reasons to suspect it’s about to turn.

If you’re undecided, you could take the plunge and invest in some cryptocurrencies. As their performance isn’t necessarily tied to anything going on in the traditional money markets, it might be a way of hedging your investments.

Will the United States dollar stand firm over other wobbling world currencies? What investments should you make? Should you invest in Bitcoin and cryptocurrencies?