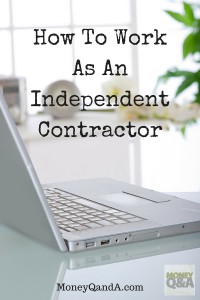 Working as an Independent Contractor

Independent contractors are responsible for both the employer and employee’s portions of the Social Security and Medicare taxes. This means you’d be giving up 12.4% of your pay for Social Security and 2.9% for Medicare, according to the most recent rates set forth by the IRS.

This is quite a bit of money you’ll have to set aside, in addition to the estimated quarterly income taxes owed to the IRS every 3 months. Luckily, you can write off all of your work-specific equipment – laptop, business phone, printer ink, etc. – to reduce your tax burden. Independent contractors usually fill out W-9 and/or 1099 forms when tax season comes around.

In most cases, independent contractors can work wherever they’d like. An exception to this is contractors who work at events here and there, but generally speaking you won’t be required to come to an office everyday because that would cross the gray legal area between contractor and employees.

Independent contractors relish the flexibility of being able to work when and where they want, as well as the opportunity to work for multiple companies at once. However, with great freedom comes some downsides. Independent work can be sporadic at times, and without a guaranteed paycheck from an employer there may be times when you’re not making any money.

If you suddenly lose a job or project – companies don’t need to give two weeks’ notice to non-employees – then you also will be disqualified from unemployment benefits as an independent contractor. This leaves contractors in precarious situations with a level of anxiety over their job security that many people don’t want to deal with.

On the flip side, if you’re financially stable on your own and you don’t mind the potentially inconsistent workload, then the advantages of being an independent contractor might outweigh the disadvantages.

If you are not an employee then you get to choose whether to give up ownership of your intellectual property. If you decide to give someone else the copyright, you could also charge more money for a project than if you had retained ownership rights.

Perhaps one of the biggest downsides to being an independent contractor instead of an employee is the lack of access to employer-provided benefits such as health insurance, 401(K) retirement funds, sick days, and vacation time.

For example, if you get sick and can’t work for a week, then you miss out on money-making opportunities that a regular employee wouldn’t consider because they could just dip into their sick pay to make up their losses.

Independent contractors are also exempt from the Fair Labor Standards Act. The Department of Labor explains that if you do not qualify as an employee under the FLSA provisions, then the person hiring you is not required to abide by federal minimum wage or overtime pay laws.

In some cases, an employer might mislabel an employee as an independent contractor to gain exemptions from pay laws and reduce their tax burden by making the contractor responsible for taxes. This isn’t a common practice, but it is still worth noting in case it happens to you.

Is Independent Contracting Right for You?

There are many instances where you might want to try independent contracting such as:

After taking in the pros and cons of independent contracting, it’s ultimately up to you to decide if you’d prefer working as an employee or as a lone agent. 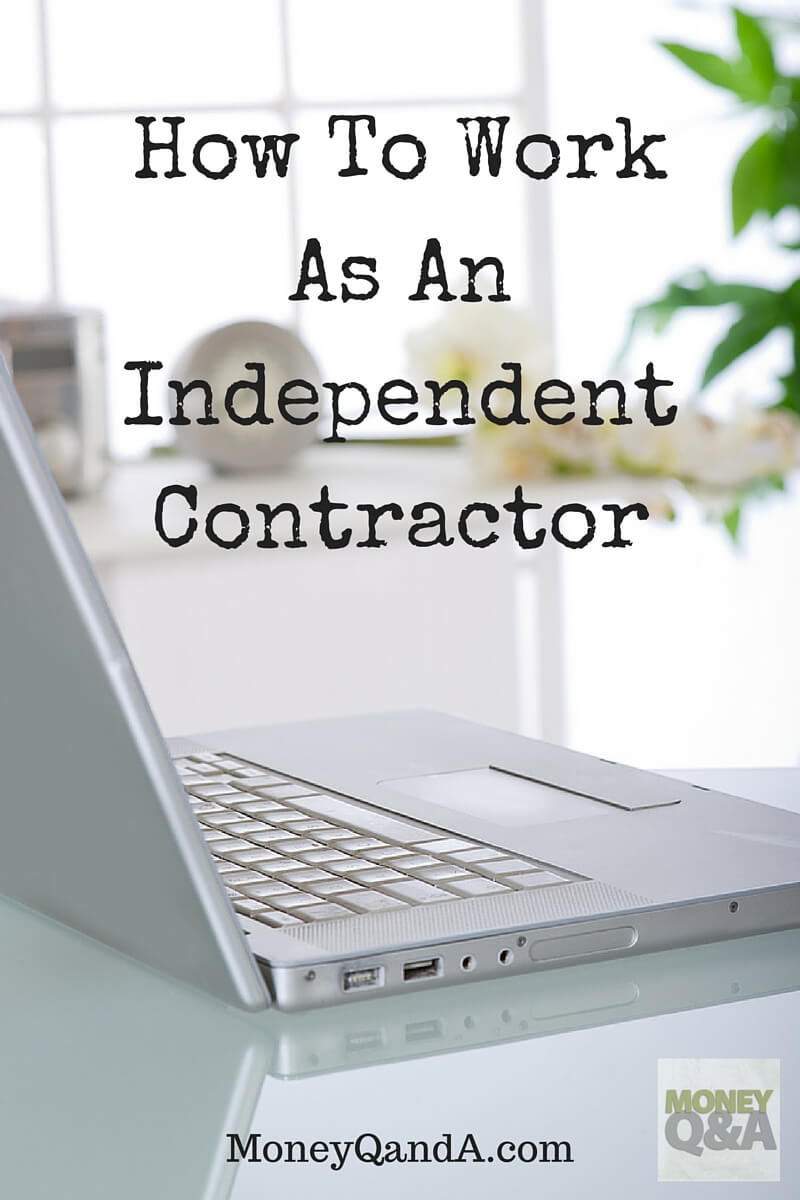