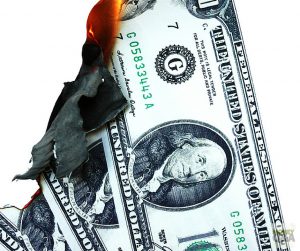 Is it ever appropriate to invest while in debt? The presence of the word “ever” in that question should be a hint that the answer is “yes”. If you figured that already, then good for you and right you are.

Is it Ever Appropriate to Invest While in Debt?

But it’s a “yes” with qualifications. Investing while in debt should be the exception to the rule. There are, however, a number of exceptions, some of which we’ll talk about here.

Investments that can be engaged in with skill, like binary options trades through Banc de Binary, are one such exception. These are trades that can be completed in seconds, which have the potential to multiply invested amounts several times over.

For those skilled at this method of trading, it’s a great way to make money, and can be used to gain the funds necessary for total debt cancellation. It’s also a risky proposition and one that should only be taken part in with money that won’t be missed if the investments don’t pan out. But for people who enjoy past paced and fun investment models, this can be a great one to add to your repertoire.

Most of the argument against investing while in debt comes results from a simple concept: debt tends to add up much faster than wealth. Investors hope for 7-9% annual returns from mutual funds and other stock market gains. But high interest credit card debt can accumulate at 25% annually – sometimes even more!

The math is simple. You won’t make money if you’re taking on debt faster than you’re growing wealth. If you have high interest consumer debt, there is almost no good reason to invest until it is paid off.