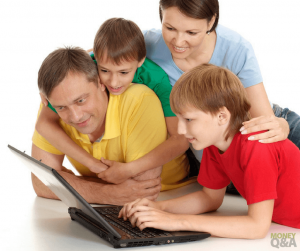 Most parents do a wonderful job of preparing their kids for academic success, future jobs, and raising families of their own, but countless studies released over the past several years indicate that parents have somewhat failed to educate their kids in one crucial category: personal finance.

Younger generations are experiencing almost unprecedented financial struggles as they get into their 20s and 30s, but is it really due to them just being “lazy” like the media headlines suggest? Why else would the quality of their lives be decreasing compared to their elders?

After all, a 2016 study conducted by Stanford University, Harvard University, and the University of California, Berkeley economists found rates of children with a higher standard of living than their parents had fallen from 90% of people born in 1940 to just 50% for people born in the 1980s. How could this be?

Did Our Parents Teach Us Bad Money Habits?

While it’s not entirely parents’ faults for kids with poor personal financial habits. But, did our parents inadvertently teach us bad money habits while we were growing up? Maybe. Here’s what you need to teach your children before it’s too late.

These abysmal findings often lead to headlines such as “Millennials aren’t as smart about money as they think” as national financial surveys continue releasing shocking data, such as 69% of 23-35 year-olds self-reported high levels of personal finance know-how (even though a separate questionnaire in that particular study found that only 24% of people in this age group actually had a basic level of personal financial knowledge and just 8% had a “high level” of knowledge).

Only 24% of Millennials have a basic level of personal financial knowledge.Click To Tweet

“Personal finances are a challenge for many Americans because so many of us are forced to learn it as we do it. It like trying to learn how to fly a plane with no lessons. Fortunately many will overcome the lack of financial education by incorporating learning opportunities from everyday life,” said Gregg Murset, CEO of BusyKid.com. “If parents will take a few minutes to involve their kids in a quick conversation at check out or while paying the bills about how money works, we can help them be better prepared for the future.”

Americans are caught in the trend of passing bad financial knowledge down generation to generation. What our parents taught us, verbally or by example, about spending, saving, credit and investing was probably wrong.

Education is Key according to Murset. Many adults (and all kids) don’t have the educational background to fully understand the complex world of financial matters. Even the most basic financial decisions we each make daily are done so by a gut feeling or based on what others think should be done. Kids won’t learn these things in school, so parents need to take control to drive the important things home. Parents should never let their teen apply for a job without them knowing about taxes, direct deposit, deductions, investments, and wages.

A 2016 survey of Millennials conducted by Citizens Bank found that 45% of respondents did not know what percentage of their salary was allocated to student loan repayments, 37% were not aware of their loans’ interest rates, and 15% did not know how much they presently owed on their student loan debts. Considering the fact that student loan debt has ballooned to over $1.45 trillion in the U.S. as of 2017, the lack of basic knowledge college grads report about their own student loan debts is definitely cause for concern.

The problem here is that navigating FAFSA, private loans, and other matters related to student loans is incredibly complex and confusing for parents and students alike. FAFSA mistakes are common, as the incredible amount of information required and the minimal counseling or professional help available make for a bad combination. Without a knowledgeable parent, guidance counselor, or other financial helper, students are left to figure out student loans on their own, which leads to problems like taking out too many loans, using loans for non-essential expenses, and even defaulting on loans in some instances.

According to a 2017 survey, 41% of Millennials had spent more money on coffee than they had saved for retirement in the previous year. These types of statistics go along with the stereotype that Millennials can’t afford homes because they’re supposedly spending too much money on things like Starbucks and avocado toast (even if the stereotype isn’t an accurate depiction of Millennials’ real financial struggles).

Young adults aren’t only overspending on seemingly frivolous expenses, either. Their credit scores are also in trouble, according to a study from credit-reporting agency TransUnion, which found 43% of Millennials have credit scores of 600 or below on the VantageScore scale, while only 33% of Gen Xers and 20% of Baby Boomers have bad credit scores.

Additional studies have found 42% of Millennials have used alternative financial services such as payday loans, pawnshops, and tax refund advances, which suggests they didn’t learn about the dangers of alternative financial options from their parents before deciding to sign on the dotted line for these high-interest loans.

Did you know that a Bankrate survey found while more than 50% of Generation Xers invest in stocks, just one-third of Millennials have invested in stocks, mutual funds, or retirement accounts? The issue of Millennials not saving for retirement is routinely talked about in the news, but nobody seems to be doing anything to encourage Millennials to start saving early.

One problem might be that their parents didn’t teach them the value of saving for long-term financial goals. Though, Millennials’ financial priorities (paying off student loans or struggling to keep up with rising rent costs) are also significant barriers.

Parents: What You Can Do to Help

Even if your kids are already adults and trying to make it on their own, it’s never too late to offer them guidance on important financial decisions and planning strategies. Kids can learn from their parents’ financial mistakes. But, they won’t learn much if you’re not open and honest about the uncomfortable subject of money with them.

To help your kids, no matter how young or old they are, start initiating casual conversations about money to offer some of your own insight and advice to help them out. Even if this only involves sending them useful links to personal finance resources or informing them of the incredible value of saving now for retirement later, anything you do could help them out with their financial management strategies.

Less than 10% of the money in the world is real. We live in an almost cashless society and your kids need to learn how to manage finances without pulling coins or dollars from a jar, envelope or piggy bank.

Interestingly, the only way to do this is to commit to online banking and other financial apps that may be scary now but are the wave of the future. The sooner you adopt, the more you’ll be ahead of the game later.

With the BusyKid smartphone app, you’ll be able to stay on top of your kids’ financial education and teach them fun ways to allocate their money along the way. The BusyKid app helps you teach budgeting and money life lessons to your children. It gives you more input over your kids’ spending, investing, and donating habits. Rather than just giving your kids money for completing chores and hoping they don’t blow it all on candy within 3 days, you have the ability to teach and coach them through their spending decisions through the BusyKid app.

Make Kids Work For It

While a majority of parents agree that kids should be doing chores and receiving an allowance, some parents feel money shouldn’t be the reason kids help around the house. It’s those parents who should look at chores and allowance differently. Think of it as a child’s first job and a parent’s first chance to teach them everything they need to know (work ethic, direct deposit, budgeting, opening bank account, taxes, etc.) before they head off to get a real job someday.  Money is the ultimate motivation, and your kids should grasp this concept early.

So…did our parents inadvertently teach us bad money habits while we were growing up? Maybe. But, there are ways that you can end the cycle and teach your children critical money skills before they get out on their own. 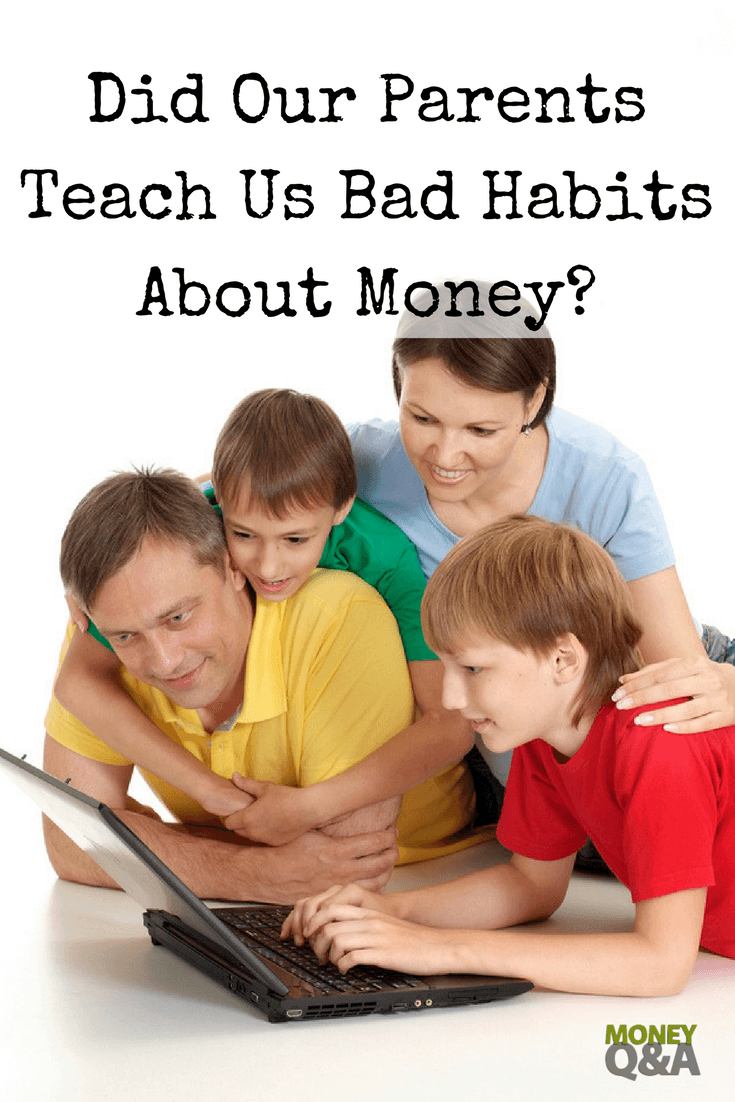