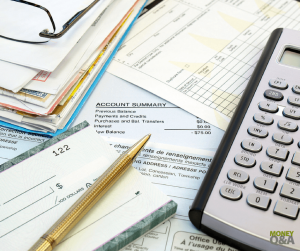 You’re missing a key part in your net worth calculations! You’re richer than you think you are. I’ve been critical of J Money’s monthly net worth updates for years now. Every month, he keeps us up-to-date on his net worth increases on his popular personal finance blog, Budgets Are Sexy. It makes me depressed about my own lack of large numbers when it comes to my net worth.

Don’t get me wrong. I’m not mad, and I know that I shouldn’t be comparing myself to others. We’re all in separate places with different goals and situations in life. But, I can’t help but continue to dwell on J Money’s net worth updates when he posts them every month.

Maybe there is more to these net worth numbers and the simple calculations of our assets and liabilities. I think J Money is unrepresenting his net worth and leaving money on the table. I think we all are. Our net worth numbers can be even larger, and maybe some of us are closer to J Money than we think.

You’re Leaving Out a Few Assets 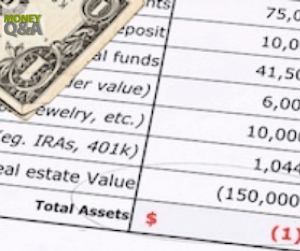 Where do you draw the line on what is an asset? We all understand thanks to J and his posts that to calculate your net worth, you simply subtract all of your debts from a list of assets like your home, investments, and your cars.

But, we are leaving out key assets to our calculations. It struck me when I had an argument with my friend Blake a few months ago whether or not your cars deserve to be included in your net worth as an asset. It does! I agree with J in that respect. My friend was leaving out his cars as an asset, but he was surely including his car loans in the list of liabilities. This greatly underestimated his net worth.

So, that got me thinking about other assets that we typically do not include in our net worth calculations. I think that we are a little better off in our wealth than we all think. 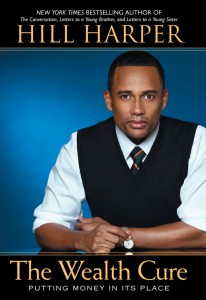 Recently, I was given a copy of the book, The Wealth Cure: Putting Money In Its Place, by Hill Harper to read. You probably recognize Hill Harper and his picture on the cover of the book. He is one of the lead actors on the television show, CSI: NY.

Initially, when I saw the book, I was very curious to find out what Mr. Harper had to say about finances, but I quickly found out that he is quite an accomplished man off the silver screen too.

Not only has Hill Harper written three other New York Times bestsellers, he is also a graduate of Brown University where he earned his undergraduate degree, but he also holds a Masters Degree from the Kennedy School of Government and his law degree from Harvard Law School.

So, you may be asking, with all of those accolades, why Harper would write a book about personal finance. It is rather quite fundamental. He was curious about the subject, and as many people know, one of the best ways to learn is to teach. And, that is where The Wealth Cure by Hill Harper started to take its shape. What is unique about this book is the twists and turns that it took Hill Harper right before he started and during the writing of The Wealth Cure.

Hill Harper was diagnosed with thyroid cancer. It was during this time in his life that he started reexamining his own life. And, of course, finances and how we all interact with our money was at the top of the list to be examined.

The Sections Of The Wealth Cure By Hill Harper

The Wealth Cure is cleverly broken down into five main sections that mirror up nicely towards how someone not only fights a potentially deadly disease but also how you can tackle many of life’s problems…money problems included.

Part One – The Diagnosis

The Wealth Cure starts out with Harper Hill’s story. Not only does it chronicle how he found out he had thyroid cancer, but it also shows why he started thinking about writing a book about people’s finances in the first place. He was disillusioned by how he has seen money being spent and the negative affect it can have one people.