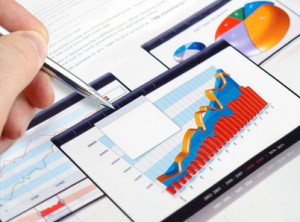 Compound interest is an amazing factor of investing and growing wealth. It is built into almost every financial calculation when looking at retirement, growing investments, and increasing your net worth. Even Warren Buffet said that compound interest played a large part in his accumulation of massive wealth.

Compound interest is what happens when the interest earned on an amount of money becomes part of the principal, and then more interest is then earned on that larger sum. You interest earns you interest. This continues to repeat, and the account is said to compound year after year with new interest being earned because you reinvested the old interest in your account.

Make sense? Here is some math to highlight the effect.

The Math behind Compounding

Compound interest is what happens when interest is added to previous principal and interest. For example, say you have $1,000 in a bank account, earning 10% interest per year. At the end of year 1, you would now have $1,100 in the bank account.

You can do the math yourself here using this formula for any amount of years:

How To Use The Power of Compounding

Based on the math above, you can clearly see that two factors play a part in the power of compound interest: time and interest rate. So, to make the most of compounding interest, you need to try to maximize each variable.

Time is the easy part. Start saving as much as you can as early as possible. Interest can be the harder part of the equation. You should look for bank accounts and investments that yield the highest interest rates and compound over the quickest period of time possible (daily for example). By doing these, you can maximize and harness the power of compound interest.

2 thoughts on “Harnessing The Power Of Compound Interest”