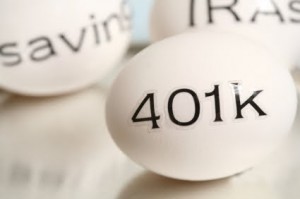 Here is one example of just how much I may have lost. In those three years, my $10,000 could have earned approximately $800 per year in interest at a rate of return of 8% annually. That means that I lost out on about $2,400 during those three years.

While losing $2,400 really stinks, that interest could have been earning compounding interest over the next 40 years. $2,400 earning compound interest at 8% per year over 40 years would equal over $52,000 by the time I retired at about 67 years-old thanks to the power of compounding interest. Because of the Rule of 72, money earning 8% will double every nine years. That $5,000 early in my career turned out to actually be incredibly expensive after all.

You Could Pay Penalties

One of the biggest drawbacks of a 401k loan is that the money you borrow is typically due to being repaid within 90 days if you leave your job, quit, or are fired. If you do not repay your loan in full at the time, the IRS will consider the remaining balance an early withdraw and charge you taxes and a 10% penalty.

Some recent studies have found that approximately 70% who leave their job with an outstanding balance on their 401k loan will default instead of simply repaying it.

There Are Better Options

There are better options than using your 401k as an emergency fund. Of course, you should start early to have a fully funded emergency fund that has three to six months of living expenses. Another option may be to borrow money from a bank that is outside of your retirement funds.

You can consider requesting a loan from a website such as Lending Club that lets people invest money in your loan. Lending Club’s interest rates are typically higher than bank loans, especially loans backed by collateral, but they are very competitive to the interest rates that you would find on credit card.

Lending Club also allows its borrowers to spread their repayment back over either three or five years, and there is no penalty to pay your loan off early either. Another great way to raise money that you may need would be to sell something. My favorite thing to do is sell books, movies, and CDs on Half.com.

A loan from your 401k retirement plan should be used as a last resort. It is your last resort if you absolutely have no to turn for the money you need and no emergency fund to fall back on. Instead of taking money from your retirement funds, there are more beneficial ways to find money for an emergency.