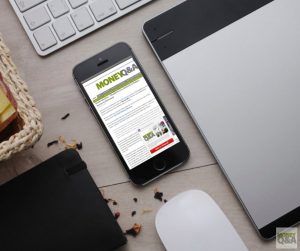 I’m usually not an early adopter for new technology and gadgets. But, this time is different. This time I am trading in my old iPhone 5 and taking advantage of my Apple iPhone upgrade eligibility to purchase a new iPhone 7.

Last week after months of rumors, Apple finally unveiled the new iPhone 7 to the public and started taking preorders. So, I went to my local Verizon store and preordered one. There are many reasons why I took the plunge despite not being an early adopter type of person. See my rationale below.

This week, customers can start receiving their pre-ordered phones. And, you can also start purchasing new iPhone 7 smartphones this week if they are available. Lock in your old iPhone’s trade-in price at Gazelle now before you receive your new iPhone 7!

Next year’s iPhone 8 will most likely have a slew of new features. It will be the tenth anniversary of the iPhone. Check out more on that at the end of this article! But, for now, I’m taking advantage of my Apple iPhone upgrade eligibility to purchase a new iPhone 7.

Reasons to Upgrade To an iPhone 7

So, why did I take the plunge and ordered a new phone, taking advantage of my Apple iPhone upgrade eligibility instead of waiting until next year? There were several reasons.

One of the main reasons that I’m upgrading my Apple iPhone now instead of waiting until next year is that the phone has started to act up. I have a lot of photos and smartphone apps on the phone that are slowing it down.

I currently have an Apple iPhone 5S, and it’s slow. I have started to notice a decline in performance over the past few months as I ask the phone to do more and more.

The new iPhone 7 features a four-core, 64-bit A10 Fusion processor and Apple’s iOS 10 operating software. The iPhone 6 had an A9 processor. Apple says the iPhone 7 is 40% faster than the iPhone 6S and twice as fast as the standard iPhone 6. So, I am looking forward to blazing speed over my old iPhone 5S.

Out of Hard Drive Space

Reasons Not To Upgrade To an iPhone 7

So, should you choose to upgrade to an iPhone 7? Maybe…maybe not. Many reviewers and critics are saying that the iPhone 6S is just fine for now. This may be especially true if you upgrade to Apple’s new iOS 10.

If you are running out of storage space on your phone, you may also benefit from using the cloud to save your photo and videos. Apple offers up to 5 GB of free iCloud storage space to all of its customers. But, you can run out of space there fast.

Apple offers customers an option to upgrade their iCloud and increase their storage for 50GB, 200GB, 1TB, or 2TB. But, there are additional monthly fees that are associated with using additional iCloud services.

Finally, the rumors say that the Apple iPhone 8 may be a revolutionary change for the iPhone next year. It will mark the tenth anniversary of the iPhone, and critics expect some drastic changes to the current model.

Will we see edge-to-edge screens? Will the phone be completely waterproof for your underwater selfies? Maybe. These revolutionary changes to the iPhone may be the reason that you wait to upgrade your iPhone until next year.

Almost all of the cell phone carriers in the United States have stopped subsidizing the purchase of a new smartphone. Instead, customers typically either purchase the phone outright at full price or roll the cost of the new phone into their monthly payments.

At Verizon, I was given the option to purchase the phone right then and there for the full price. Or, prorate the cost of the phone over the course of 24 months.

In the past, you only had Apple iPhone upgrade eligibility every two years and had to wait to upgrade. Now, you can upgrade anytime that you want because you are ultimately paying for the entire cost of the phone either through monthly payments in you bill or completely upfront at the time of upgrade.

Of course, you can also sell your old phone back to the store to offset the cost of your new phone. For me, this ultimately cut my purchase price almost in half because of the type of phone I was upgrading.

Insider Secrets for Getting the Most Bang for your Smartphone Buck: The Gazelle Orange Book

Have you looked into upgrading your iPhone? Have you thought about your Apple iPhone upgrade eligibility with the new iPhone 7?