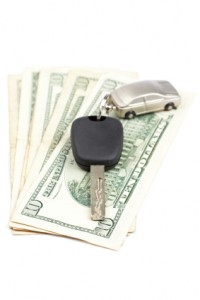 There’s no denying it: car insurance is pricey, and the cost goes up year on year. Add to that the impact of the global economy, and some decide that they’ll simply drive around without car insurance and save themselves $1,000 or more. They figure that it’s a victimless crime, but they would be wrong. We are picking up the cost of their negligence.

Worse For All Of Us

In 2007, uninsured drivers cost the rest of us over $10 billion, and 13.8 per cent of Americans are estimated to be uninsured. This sparks off a vicious cycle of repetition – as insurance premiums go up, more people will decide to drive without insurance, which will push premiums up further. By contrast, 5% of UK drivers are uninsured and cost over $3 billion (£2 billion) in higher premiums for law-abiding drivers. Most European countries have less than 2% of their drivers without insurance.

You could also have you license suspended (and have to pay a fee to get it back) and in some states driving without insurance could land you in jail. Some states also require you to provide proof of insurance to police officers on demand, so getting caught will land you in a world of trouble.

The whole purpose of car insurance is that, in the event of an accident, both parties can be compensated for damage and injury. If you’re hit by an uninsured driver, who’s going to compensate you? Many car insurance policies include an ‘Uninsured Motorist Clause’ as standard (this clause is mandatory in some states) that allows you to receive damages from an uninsured driver.

Otherwise you’ll be left to pay for the damage to your car yourself, and any injuries that you’ve suffered will go uncompensated. You could file a lawsuit against the uninsured driver and reclaim your damaged from them personally, but this is unlikely to bear any fruit. In most cases, the reason a driver is uninsured is because they’ve not the means to afford it. If this is the case, they won’t have the means to afford to pay your damages, so you’ll still have to foot the bill.

Some states have a relatively low rate of uninsured drivers thanks to their enforcement policy. In Massachusetts, drivers are required to show proof of their insurance coverage before they can register a vehicle. Other states have a more lax enforcement policy, and combined with the selfishness of some drivers it looks like we’ll continue to pay more than we should for a while to come.

This article was written by Jamie Gibbs on behalf of Confused.com. Head over to the site and find out how much you could save on your car insurance today.

12 thoughts on “Counting The Cost Of Uninsured Drivers”