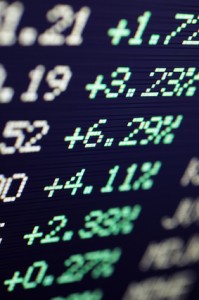 It appears that the major economies around the world are arriving – albeit at different paces – at a turning point. After years of cautious talk about possible recovery, the clamoring from the markets for a raise in interest rates will surely soon lead to some action.

But what does this actually mean for those of us who aren’t active investors?

Most people are aware of the primary impact of a rise in interest rates:  tracker mortgage, credit card and loan repayments will quickly increase, as well as the cost of new borrowing. So if you’re thinking of borrowing for a house, car or anything else it might be better to act sooner rather than later (and go for the fixed rate option).

So, bad news for anyone owing money. There is a silver lining, though: just as interest rates on your mortgage will go up, so it will on your savings. As you can imagine, that encourages most people to save their money instead of spending it, which is exactly what the government are hoping for. Keeping spending in check slows down the economy so that they can keep it in control.

Finally, if you want to use your well-timed loan or burgeoning savings account to buy yourself a holiday, you might find that an interest rate rise has the welcome surprise effect of making your foreign currency cheaper. That’s because high interest rates attract investors, which in turn makes local currency stronger. Learn spread betting with IG.

If, for instance, the Bank of England raises interest rates then British banks are suddenly more attractive to investors everywhere, and the pound becomes worth more in comparison to other currencies. That effect is slightly negated if all major economies raise their interest rates at the same time though.

A more expensive mortgage, but cheaper goods, foreign currencies and a better return on your savings are the basic outcomes of an interest rate rise. That, in turn, usually tends to encourage less spending and investment – a good thing if you want to avoid another crash.

Of course, knowing when interest rates might increase ahead of time can be a big boon to both investors and savers; being able to predict an interest rate increase can mean taking a well-timed investment in the relevant currency or a mortgage before prices go up. So how close are the three major western central banks – the US Federal Reserve, European Central Bank and Bank of England – to raising rates?

The USA is in middle of a purple patch in terms of economic results, with unemployment falling fast  and manufacturing hitting new heights. Despite this, the Federal Reserve has spent every opportunity declaring that it has no intention of raising interest rates any time soon. The European Central Bank has been making similar declarations, but unlike the USA has little reason to raise rates in the near future as the economy continues to recover slower than elsewhere.  In the UK, however, mixed messages from the Bank of England have led many to believe that interest rates will rise before the year is out.

So at the moment, knowing exactly when the tide may change is tough. But as more and more concrete economic and company results appear and assertions are made, an imminent rise in rates will become clear. Those of us who know what that means will find themselves in a much better position than those that don’t.

Always remember that spread bets and CFDs are leveraged products. Spread betting and CFD trading may not be suitable for everyone and can result in losses that exceed your deposits, so please ensure that you fully understand the risks involved.

1 thought on “Interest rates – Will They Rise? And What That Means For You”