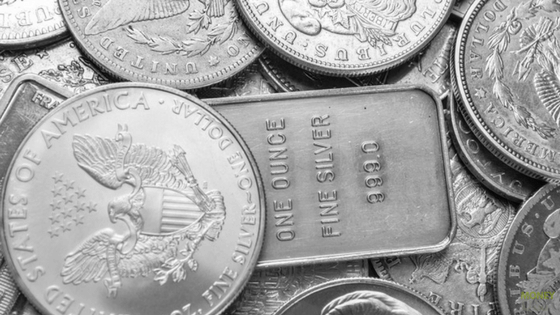 We live in an age where currency has taken many forms. Most of these forms are digital due to the influence of technology. Funds are easily transferred at the push of a button, the singing of a request form, or even at the simple tap of a mobile device’s touchscreen.

But there’s a catch. As convenience increases, so do the risks of security breaches. Although it happens very rarely, bank security systems do fail — and when they do, your money gets compromised. One concrete example of this was when Unicredit was hacked last year.

To put things into perspective, this bank obviously has access to some of the best security measures that are currently available; yet, that didn’t avert disaster. Now, how well will you be able to repel a hacking attempt if you were to be targeted?

While some may argue that cryptocurrency is one of the most secure monetary platforms around, one shouldn’t forget that it isn’t only expensive, it is also extremely volatile. Yes, you could potentially earn exponential profits, but the same can also be said about the losses that you could incur.

One prime example was how BitConnect announced that it would be shutting down its lending and exchange services not so long ago, even after it was deemed to be one of the best-performing currencies. Read more here if you want more information on this fiasco.

So, now you’re probably already getting hints as to why silver would be a great asset to acquire. While security and stability may be enough for most people, there are many more reasons why silver is a great asset to possess. The ancient people knew it, after all. It has been in use since the era of the Greeks and Romans; this currency still remains in use to this day.

Silver is a practical investment over gold, especially when you want to sell precious metals. Why? Because not only is silver cheaper compared to gold, but it also comes in smaller denominations. You have more control over how much you actually want to sell, versus gold that forces you to sell it for huge amounts of cash that you might not need at the given time.

Another reason is that governments no longer stockpile silver. This is also related to the industrial application of silver. There’s not one item that you interact with during the day that doesn’t contain silver. Because silver inventories are declining while its industrial use is increasing, you’re apt to find companies that are willing to pay a lot of money for silver.

In China, the demand for silver is rapidly increasing, and it’s something that should be expected as it is one of the most industrialized countries in the world. And as previously surmised, the supply of silver is declining. It’s basic economics from here on — high demand, low supply? High value.

So, in case it still isn’t clear, yes, you should be investing in silver. But never forget, only buy silver from companies that you trust.