The following is a guest post by Steven Werlin, the author of “To Fool the Rain: Haiti’s Poor and their Pathway to a Better Life“. If you’d like to guest post on a future article on Money Q&A, check out the site’s guest posting guidelines.

Elsie Amboise joined Fonkoze’s CLM program in Fall 2012. She was living with her husband and their boys in another very poor woman’s home. Her family didn’t have its own place to stay.

CLM stands for Chemen Lavi Miyò, Haitian Creole for “the Pathway to a Better Life.” It is a program that provides the comprehensive support an ultra poor woman needs to transform her life. Fonkoze, Haiti’s largest microfinance institution, established it when it learned that there are families too poor for microfinance.

It is an example of the “graduation approach,” a poverty-elimination strategy drawing increasing attention worldwide. Developed by BRAC, in Bangladesh, the approach is now being used in dozens of countries. Graduation programs have been studied extensively, and been proven effective. They provide women like Elsie with multi-pronged support that breaks through the vicious cycle of poverty that has them trapped.

In the years before she joined CLM, Elsie fed her children as best she could with a series of small businesses. Her husband would give her $5 or $10 that he’d earn through odd jobs, and she’d turn it into an enterprise: peanut butter sandwiches, cornmeal, or whatever she thought she could sell. But she could never keep capital in any of the businesses because her expenses were high.

Most of the money that she struggled to earn went to treatment for her second child, Kervenson. His various health problems led her to hospitals and traditional Haitian healers looking for solutions. He had been suffering fainting spells and weakness most of his life. She couldn’t send him to school, because he couldn’t sit up on a bench. And nothing she tried seemed to help.

Eventually CLM staff took them to the emergency room of the Partners in Health University Hospital in Mirebalais. There, doctors discovered that Kervenson had a congenital heart defect that was both lethal and correctible. With the CLM team’s help, Elsie and Kervenson got Haitian passports and American visas, while a Partners in Health spin-off arranged heart surgery at a hospital in New Orleans. After three months of recovery in the States, Kervenson was a healthy little boy. Meeting him today, one wouldn’t guess that he had ever been sick.

With her boy’s health issues solved, Elsie was able to focus on building a livelihood for herself and her kids. CLM teaches women like Elsie to manage small businesses, but it also gives them the assets they need to get started.

Elsie already had some experience in small commerce, but when she first joined CLM she was afraid to jump into it again because Kervenson’s health had always eaten every one of her businesses up. She and her case manager chose goat and poultry-rearing as her two enterprises, and she prospered.

Her goats reproduced slowly, but they increased nonetheless. Her turkeys and ducks reproduced much more quickly. She carefully managed the stipend that CLM gives members for six months, and she took good care of all her livestock.

Eventually, her case manager convinced her that she should complement her livestock business with a small commerce that could help her with a steady cash flow. He helped her figure out how to sell some of her livestock to make an initial investment in a small commerce, while keeping most of it as insurance against occasional larger expenses.

But what fundamentally helped Elsie change her life was the close accompaniment the CLM program provided. She would not have known how to access the medical care that Kervenson needed, even though it was available to her free-of-charge. As her holdings in small livestock increased to the point that she could hardly keep track of them all, she needed coaching to help her figure out how to self off small animals to make bigger investments in larger ones. And she needed her case manager’s advice as she planned construction of the new home that the CLM program would help her build.

Today, Elsie lives in a two-room house that she is renting as she negotiates the purchase of the land she’ll build her permanent home on. She feeds her three healthy children well, and she sends them to school with the earnings from her small business. Like any entrepreneur, she shifts her investments as opportunities arise. She uses livestock, small commerce, and farming as well, moving in and out of each as seasons and situations change.

Like Elsie, over 95% of the women who finish the program require no further subsidies. Over 5,000 families have participated so far. Viewed in terms of the immensity of the problem that extreme poverty presents in Haiti, that number is still very small. But the CLM approach’s consistent success offers a promising blueprint. It suggests good reason to hope that, with a reasonably strong commitment, the worst extreme poverty could become something truly rare. 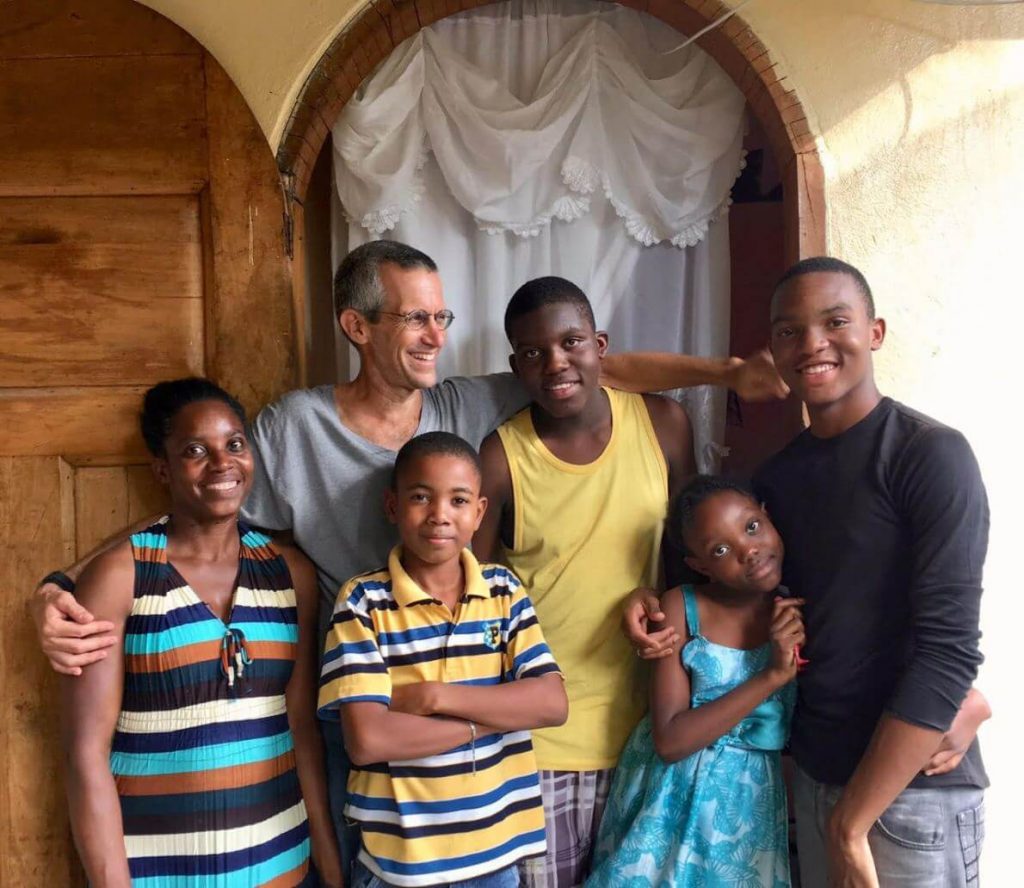 Steven Werlin, a faculty member at Shimer College, in Chicago, since 1996, first began traveling to Haiti the same year to learn from literacy programs abroad. In 2005, he settled in Kaglo, a small village in the mountains above Port-au-Prince. Since 2010, he has been working for Chemen Lavi Miyò, or CLM, Fonkoze’s program for the extreme poor. He currently acts as CLM’s communications and learning officer.

To Fool the Rain: Haiti’s Poor and their Pathway to a Better Life (Ti Koze Press, January 2017) will be available in January 2017 on www.fonkonze.org. More information about Steven Werlin can be found at www.stevenwerlin.com, Facebook, and Twitter.