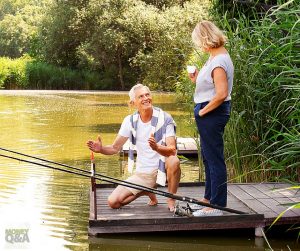 When you’re young and dumb as the saying goes, you don’t really think about things in the future like owning a home, marriage, pensions, and retirement. Retirement is especially a victim of this mindset because people usually retire in their late 60s/mid-70s. That’s a long way away. So it’s understandable why you wouldn’t take it into consideration early in life but there are ways in which you can dramatically reduce this number and all you need is some consistency, restraint, and patience.

Allow me to share with you a few tips and ideas that when used wisely, can help you achieve an early retirement.

Company pension schemes are one of the best ways to save for retirement, in most cases the company contributes on your behalf. When you consider the former and the fact that standard government adds on contributions through the wonderful thing known as tax relief thus increasing the amount in your glorious pension pot, this makes the CPS one of the more lucrative work benefits.

UK Parliament’s introduction of the automatic enrollment scheme in 2012 has made it mandatory for anyone 22 years or over and with an income over £10,000 to be placed in a scheme where both the employee and employer make contributions. You can consensually unsubscribe but do so, will relinquish any and all benefits in connection with the scheme.

Put your money to work

Saving accounts are known for attaining large gains based on the initial amount you invest. Investment properties also have the potential to be extremely profitable for the buyer as long as you buy low, place rent price at higher than average and either continue renting out to tenants or sell the house for much more than you originally bought.

Passive income streams usually concern Internet marketing such as making an attractive site with well-written content and utilizing Google’s own ad revenue platform – Adsense to continually bring in money while you sleep. The Warrior Forum is known for their methods of online money making which typically don’t require more than 10-15 hours of total work.

If you want to retire early, you have to be able to control your spending. This includes waiting for sales of products you need (not just want), setting up a piggy bank and easing up on the purchase of high priced luxuries like holiday trips and fancy cars. If your parents stored a piggy bank for you when you were younger then those mere coins could’ve added up to something worthwhile by now.

It’s all about the details in saving, even a penny daily can add up to a lifetime. MoneyAdviceService are a reputable site for saving and budgeting, they have a range of onsite tools which can help with the calculation of limiting spending and general budgeting.

Private pensions are another great step in making an early retirement, you select from the plethora of providers and schedule contributions to be paid to your account. However, a company pension scheme can defeat the purpose of this type of pension. It’s best to weigh up the pros and cons between the two and choose one which is more suited to your needs. If you are ineligible for the CPS then it’s highly recommended that you sign up for a private pension.