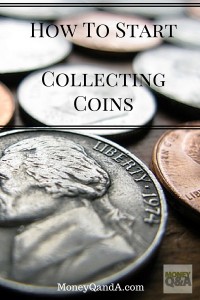 The following is a guest post. If you would like to write an article for Money Q&A, please visit our Guest Posting Guidelines page and then send me an email.

Could you imagine a hobby that would enhance your appreciation of art, while expanding your knowledge in politics, history, and geography? You should consider coin collecting. This would help you gain and strengthen organizational skills, which means you’d have better opportunities socializing with other people who have the same interest.

If the answer is yes, then coin collecting might be perfect for you. So, the question is, would it be practical to embrace such a hobby?

Would coin collecting be valuable once you hit your golden years? The answer is yes, and we’d bet a bottom silver dollar on it. Here’s why.

Coin collecting is very popular nowadays. In fact, a lot of collectors buy and collect coins for personal pleasure and enjoyment, but there are those who also see it as an investment.

Today, coin collecting is more systematized and extremely accessible. There are coin conventions almost anywhere you go, as well as a number of numismatic organizations to join.

There are several levels of coin collecting. To start, here are some of the oldest coins that are worth more than the face value and could be in your pocket change.