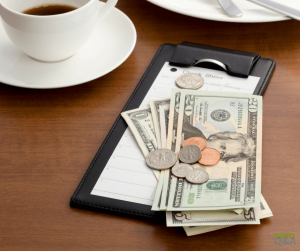 My friend Greg and I were eating at a restaurant the other day when he started complaining about the amount I tipped our server. He thought that it was excessive tipping and accused me of ruining service for the rest of us who would later come into contact with that server. He said it reinforced bad service. I wasn’t always excessively tipping servers at restaurants. It was quite the opposite in fact. My wife has changed the way that I tip servers at restaurants. I’ll say right up front that I’ve never worked in the foodservice industry. I don’t know anything about it other than being a customer. When I met my wife, I gave a standard 15% tip for average … Read more