I have said before that I don’t always share very much about my personal life here on the blog. A part of me still thinks that you, the readers, probably don’t care much about it, and that is why I have not shared too much before now. But, Pat Flynn had a great guest post the other day on his blog, Smart Passive Income, that talked about really connecting with your readers by pulling back the curtain a little bit and showing you the person behind the words that you graciously read here.

And, I know that friends like Ryan from Cash Money Life and others have written posts about getting to know them as well. So, I thought that I would bite the bullet and write a post telling you a little bit more about myself that I have tended not to share before. I have tried to include a few pictures too to make it a little more interesting than reading a straight list. 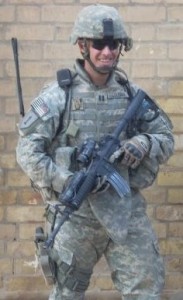 1.    I have served two tours in Iraq in the Army. Here is a photo of me in 2008 in downtown Baghdad on patrol with some Iraqi policemen.

2.    I’m an avid Atlanta Braves fan although I do not know why because they break my heart every year. They always seem to be just good enough to get your hopes up, and then they are dashed.

3.    I have an obsession with desk knickknacks for years. Below is a picture of my actual desk in my home office. You can see tons of stress balls, snow globes, an autographed Hank Aaron baseball and hat, and tons of other stuff. 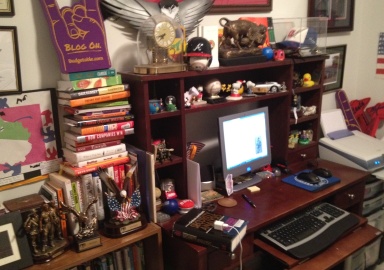 4.    I continue to wring my employer for every dime they will give me for college. In the past 14 years, they have paid 100% for my Bachelors, 100% for a Masters, 75% for a second Masters, and 75% of my Graduate Certificate in Personal Financial Planning. The one thing I want that they won’t pay for is a Doctorate. Go figure!

5.    I have actually been blogging since early 2008 when I started the blogs, Own The Dollar and Military Money Might. I can’t go into much detail other than to say I don’t write on them anymore, and that kind of bums me out. So, I started Money Q&A in September 2010 after missing the life of a blogger with my own corner of the internet. I only lasted three months as a freelance writer instead of a blogger and freelance writer. What can I say? I’m a serial entrepreneur and miss the ownership side of it too. 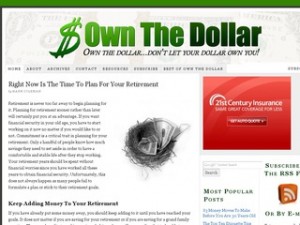 6.    I am currently studying to take the Certified Financial Planning Exam. I have taken the 18 credit hours to meet the education requirement, but the exam is scaring the crap out of me. And, I keep putting it off. I tell everyone that I want to be like Jeff Rose from Good Financial Cents or June Walbert from USAA. They are my CFP idols!

7.    I went to Port-au-Prince, Haiti only hours after their devastating January 2010 earthquake. It was definitely one of my most rewarding and fulfilling assignments that I have ever had. 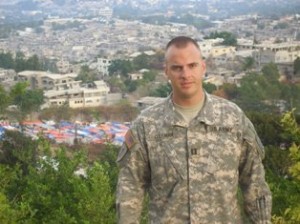 8.    I really want to get a dog (an English Bulldog), but my wife won’t let me get one. That is going to be the first present I buy myself when I finally retire. UPDATE – My family and I got a little Yorkie name Winston in 2012. Not an English Bulldog but still very awesome! Love that little puppy! 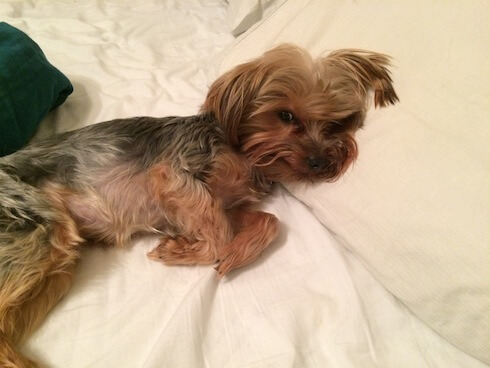 9.    My goal is to retire early and then teach business or economics at the collegiate level part-time during my retirement. Would that still be considered retirement if I work part-time? I guess it is all in how you define it. It wouldn’t be work then when you love it so much. I also want to own my own driving range and a bar. They are both on my 100 goals bucket list.

I’d love to hear at the end if you like reading personal accounts or enjoy more factual, question and answer type articles here on Money Q&A. Thanks!