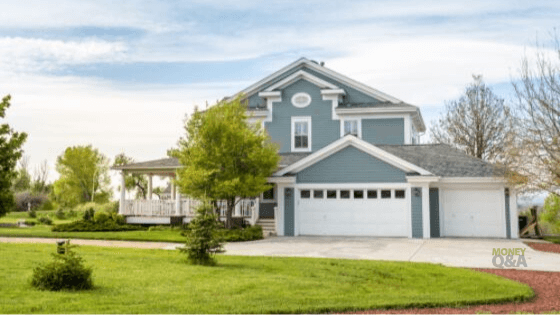 Jon Acuff who wrote an incredible book called “Quitters” recently asked his Twitter followers (follow him @JonAcuff and follow me on Twitter @MoneyQandA), “When did you realize that you were never going to be able to slam dunk a basketball? Have you realized yet?”

We all have dreams and goals that are incredibly lofty. I have 100 goals to complete before I die. I know what you are thinking.

Granted, the economy is not helping shore up everyone’s confidence. It is hard to think about retirement and the golden years for someone in their 20s and 30s when their 401k retirement plans and Roth IRAs continue to be rocked by the stock market’s turmoil. One thing that I personally feel is that the American public is resilient and optimistic.

Why It Is Hard To Pin Down The American Dream?

This question is almost harder to answer itself than figuring out if it is dead or not. It is almost searching for the meaning of life. The problem is that my definition of the American Dream is probably not what you consider the quintessential American Dream.

Maybe our dreams are very similar, but maybe you have a few extra features that I do not have. We each have our own ideas about what the perfect American life is supposed to be like.

It is something that is ingrained in us from birth with a large helping of beliefs that we have learned over the years from our parents. There is nothing wrong with each of us having slightly different dreams, but it does make it a little more difficut to figure out if the American Dream is dead if we can’t even accurately define it at times.

What I Think The American Dream Is

I personally think that the American Dream is simply our goal and desire to make a better life for our children than we had. It includes eventually buying a home. And, for some people, it may include having the opportunity to start his or her own business.

But, I have seen it all over the world. I even saw the same desire in most Iraqi citizens when I served overseas in the Army. Everyone simply wants a better life than they knew growing up.

We want our children to have it a little easier, a little better, and be a little more secure than how we had it growing up. It was the same things our parents wanted for us as well. Does the economy hamper the American Dream?

Of course it does, but the dream is not dead. Maybe for some it is simply delayed. Maybe for others it means that we have to work and fight just a little harder than we had in the past.

Is your a glass half full or half empty? This question alone may play a bigger role than anything else in determining if the American Dream is dead. Americans and even citizens across the world are resilient. We are optimistic. We believe that deep down that the American Dream is not dead.

What about you? Is the American Dream dead in your opinion? Are you a glass half full or half empty type of person? I’d love to hear your comments below.

8 thoughts on “Is the American Dream Dead or Alive?”