Despite what many gold bugs want you to believe, gold is not the best investment out there. There is a lot of hype about the precious metal, and it is the favorite topic of the talking heads on television. Is now the time to invest in gold?

The recession has had a lot of people spooked about stock market prices falling, and there has been a subsequent rush into gold driving up the prices. People love to invest in a tangible real asset when times are tough.

Now that gold is at an incredibly high price and the stock market is once again showing signs of recovery, now is the time to avoid the glitter of gold. Investors should not invest in gold at these high price levels.

Is now the time to invest in gold? It may not be....and here are a few reasons why.Click To Tweet

Three Reasons You Should Not Invest In Gold

I hate buying any investment at the 52 week high, and gold is no exception. While gold has been hovering around $1,350 per ounce. Gold has been one commodity that is used to a roller coaster ride.

Gold’s price has risen over $1,000 per ounce several times over the past three decades and eventually retreated below that resistance level over the course of the past thirty years. Since the U.S. government deregulated the ownership of gold, the price of the metal has been up as many years as it has been declining in price.

In 1974 when the federal government changed the laws to allow private citizens to once again own gold, the price of an ounce of gold was approximately $175. Gold has returned about 5.7% per year since 1974 based on the recent price of $1,300 per ounce.

This is of course less than the historical stock market return. The S&P 500 has a historical rate of return of approximately 8% per year.

Not Always The Best Hedge For Inflation

Most people use the rationale that investors should buy gold as a hedge against inflation. During the past periods of highest rates of inflation of the 1970s, how many people did you see buying things with gold instead of cash? None, that’s right.

Gold may be a hedge against inflation, but it will not be used as an everyday currency even during the direst of circumstances. The gold bugs have argued that investors should hold gold it is a real asset. A real asset is backed by a tangible asset.

Real estate is also a real asset. So, you can see how this rationale for investing in gold is based on a flawed assumption that real assets are a safe investment during economically troubling times after the housing bubble of recent years that has seen home prices crash around the country. 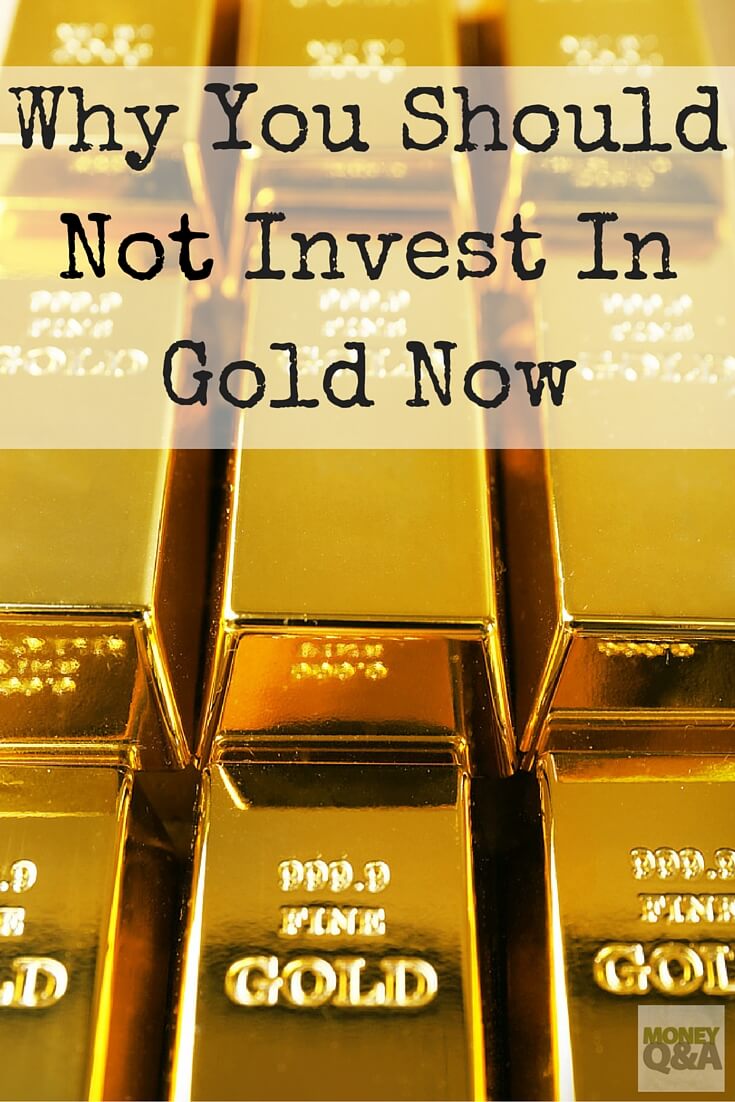