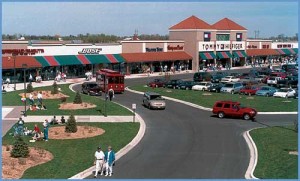 When I was growing up, my mother and I liked to collect Christmas ornaments. We had entire series of certain ornamants, and we had to continue the collect of course. We found that one of the best ways to save money shopping was to go to the day after Christmas sale where most ornament stores marked their wares half off.

There was one problem with this plan of course. We were not the only collectors on the prowl by a long shot. There was always a line waiting to get into the store.

After years of practice, my mom and I had developed quite a system. We would stake out the store on Christmas Eve, and we wouldn’t even hesitate to try and stash some ornaments in a random place away from the main display.

We also went as far as trying to time our shopping so we can hit multiple store sales. If you live in a big enough city, several of the ornament stores stagger their opening times. So, we could get in and get out early to many stores. We were fast, and we were efficient.

There was one time where it was a particularly great year with a lot of limited edition collectable ornaments that were out that year. My mother even used my little size as a kid and encouraged me to slide under the mall store’s rolling metal gate before the others as it was coming up. I thought it was cool. It was like Indiana Jones sliding under the closing wall. I had a blast.

So, my best tip on saving money while shopping…have fun, enjoy it with your family, and think outside of the box to get what you want.

But, luckily you don’t have to go to such great lengths to find a good deal now that there is the internet. There are websites which offer you online coupons, discount coupons, and promotional codes that can give you a leg up on saving for not only the holidays but any of your purchases.